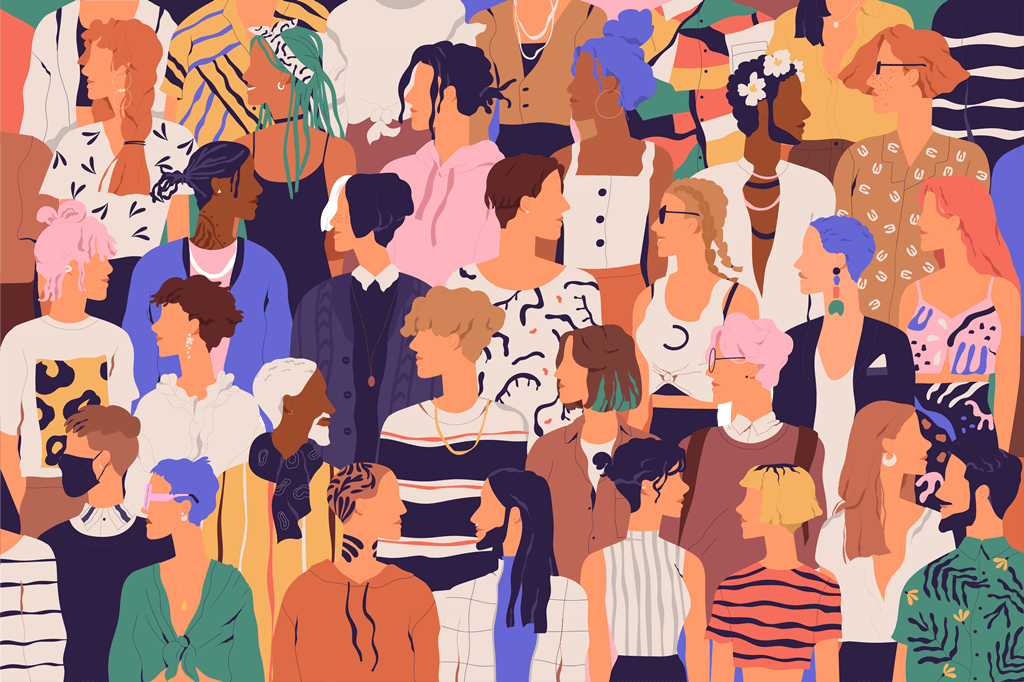 New communication and information technologies are contributing to good governance. Telecommunication technology keeps citizens informed. They’re now more aware of what’s going on in their environment than ever before. This pushes many governments to be more accountable and to maintain an efficient system encouraging more political transparency and citizen participation.

Enhancing the scope of communication enables people to stay in touch with loved ones who may not have otherwise been so accessible. Global figures indicate that migratory displacement is at an all-time high, families are separated across continents for long periods of time. The evolving nature of telecoms has enabled people to stay connected through multiple communication and social media platforms.

Many well-established institutions are using telecommunications for distance learning programs. This provides global students with an opportunity to access high-quality education from anywhere in the world. Furthermore, these online courses offer students more flexibility if they wish to balance educational pursuits with a career.

The development of technology in healthcare has enabled more frequent contact between patients and healthcare providers, more timely and accurate medical monitoring and improved management of data. The increasing level of collaboration has given patients a stronger, more consistent voice, which helps in the development of medical services.

The changing landscape of communication has enabled us to raise  greater awareness for environmental issues. Telecommunications can make a direct contribution to the implementation of environmental programs to educate and inspire change in communities. Consistent local initiatives help align global incentives to improve environmental quality and human health. 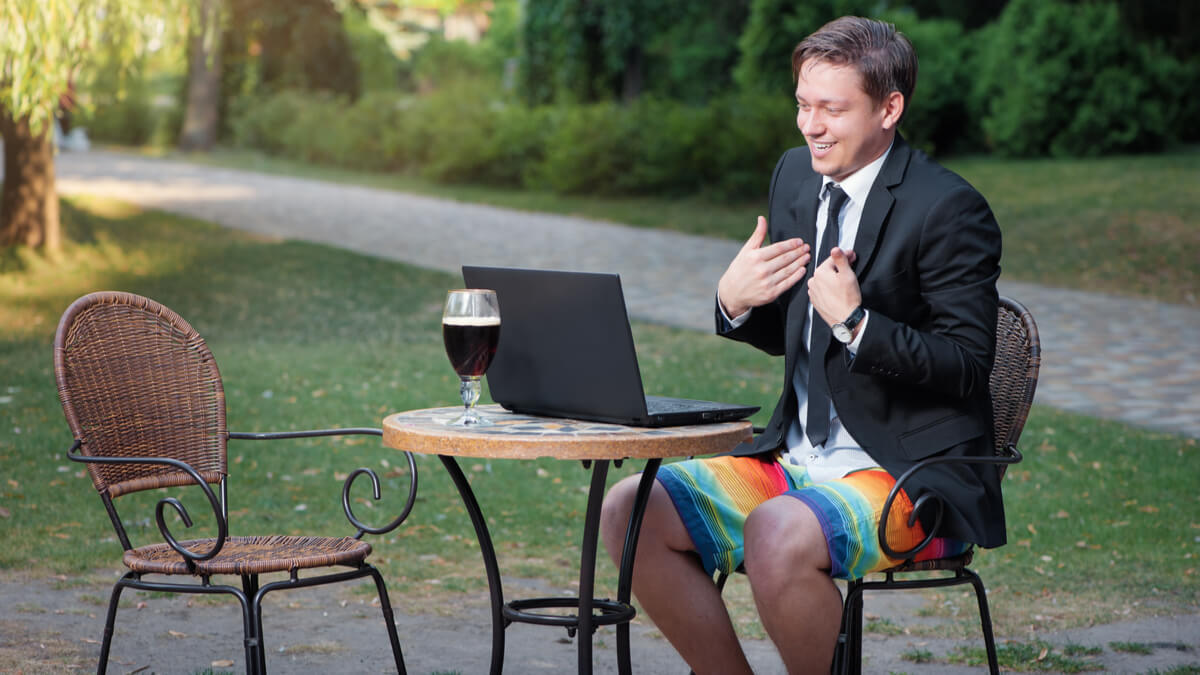 A large majority of CFOs around the world are planning to expand operations into new countries in 2021 to achieve their long-term growth strategies, according to a recent survey by CFO Research and Globalization Partners.

The survey also uncovered changing perceptions about hiring and remote work because of their pandemic experiences, with respondents saying they want to attract from the global talent pool that is unbound by the geographic restrictions of their company’s operating model.

The February 2021 survey of chief financial officers, chief executive officers and other senior finance executives also cites a common theme that they are prioritizing the need to build resiliency and although optimistic, disclose that their businesses are still stabilizing and in recovery.

Optimism towards organizational performance in 2021 varies across the regions. Asia-Pacific (APAC) CFOs are more optimistic about success in 2021 than their counterparts in the UK and North America. Since 65 percent of APAC respondents indicated that they expect to exceed goals and expectations in 2021, compared to 46 percent for UK and 47 percent for North America.

“The ongoing rollout of COVID-19 vaccines, investments flowing into the region, and momentum gained as companies accelerated their digital investments during the pandemic – all these are contributing to positive sentiments toward business in 2021,” said Charles Ferguson, General Manager, Asia Pacific, Globalization Partners. “With the ongoing shift in the global supply chain and a renewed focus of the US, UK and EU to grow alliances with APAC markets, there is an abundance of opportunity to expect from this region.”

When asked to describe their hiring strategy over the next 12 to 18 months as, 48 percent of APAC respondents say they will attract new talent where they are based while 43 percent say they want to attract new talent that is unbounded by the geographic restrictions of their company’s operating model.

APAC CFOs have a high degree of interest in tapping into a more cost-effective, global talent pool—a concept favored by half of those surveyed –and capturing market share through global expansion, which is favored by 61 percent.

Seventy-four percent of the survey respondents in APAC anticipate operating remote and/or hybrid workforce models in the next 12 to 18 months.

Eighty-three percent of executives also say the COVID-19 pandemic fundamentally altered the way they think about hiring and workforce management and 89 percent say it altered how they consider remote employees or the work-from-anywhere model.

In parallel, CFOs are deeming global expansion as a top priority in the next 12 to 18 months.

“Implementing a strategy for global expansion and presence” was deemed a top priority in the next 12 to 18 months for 52 percent of APAC executives, compared to 38 percent of the EMEA executives and 36 percent of the North American executives. 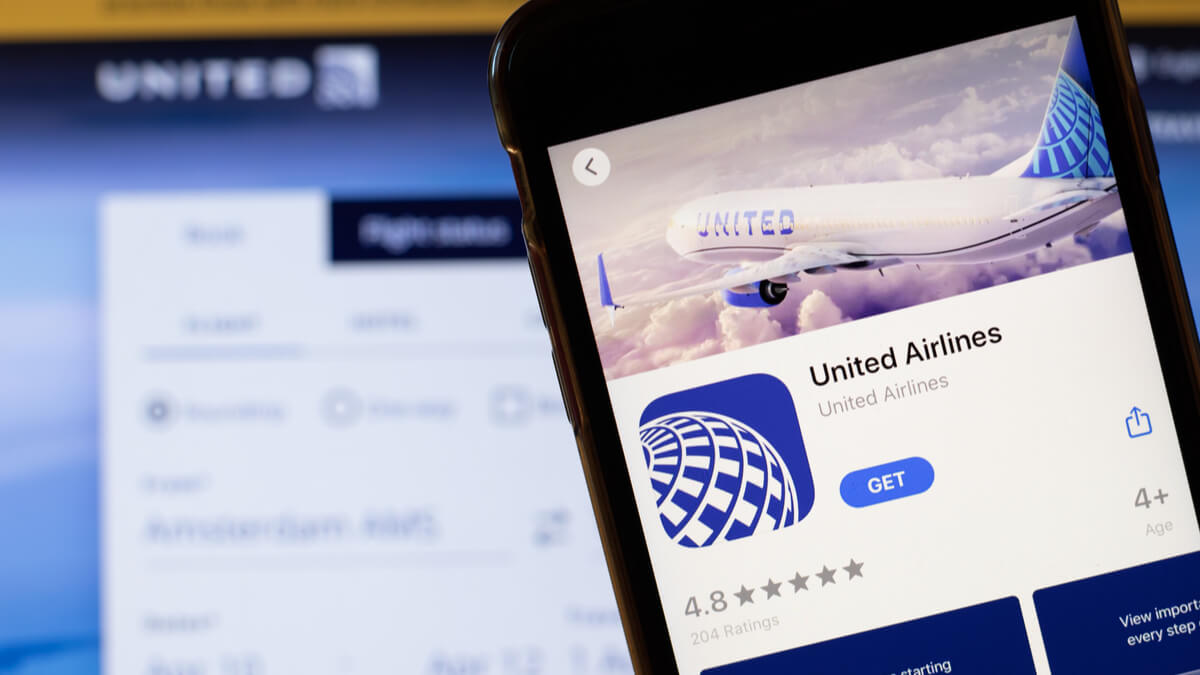 United Airlines is setting a course toward a sustainable future with the launch of its Eco-Skies Alliance – working with the airline, more than a dozen leading global corporations will collectively contribute towards the purchase of approximately 3.4 million gallons of sustainable aviation fuel (SAF) this year.

With its nearly 80 percent emissions reductions on a lifecycle basis compared to conventional jet fuel, this is enough SAF to eliminate approximately 31,000 metric tons of greenhouse gas emissions, or enough to fly passengers over 220 million miles.

“While we’ve partnered with companies for years to help them offset their flight emissions, we applaud those participating in the Eco-Skies Alliance for recognizing the need to go beyond carbon offsets and support SAF-powered flying, which will lead to more affordable supply and ultimately, lower emissions,” said United CEO Scott Kirby.

“This is just the beginning. Our goal is to add more companies to the Eco-Skies Alliance program, purchase more SAF and work across industries to find other innovative paths towards decarbonization,” he added.

According to its media statement, United has made the airline industry’s single largest investment in SAF and has purchased more SAF than any other airline in the world.

World Energy, a long-term partner of United, will supply the SAF to Los Angeles International Airport (LAX), which makes it conveniently accessible to United’s operations.

In addition to the Eco-Skies Alliance program, United is giving customers the ability to contribute funds for additional SAF purchase or for use on initiatives United believes will help decarbonize aviation – the first of any U.S. airline to do so. Understanding there is a growing interest among customers for real, lasting solutions, this new capability will be available starting immediately via portal on at: united.com/ecoskiesalliance.

The company added in its statement that strong federal and state policy leadership will be essential to reducing the climate impacts of air travel, so starting immediately United will help individuals connect with elected representatives to advocate for policies that would make air travel more sustainable for the long term.

United will be the first airline in the world to connect customers directly with policy makers to voice the support that is needed to advance and accelerate permanent, scalable solutions that hold the potential to decarbonize the air transportation industry – and not just offset emissions.

“We know there is a growing demand from a wide range of our customers including corporations, cargo shippers and individuals who share the same concern we do – that climate change is the most pressing issue of our generation,” Kirby said.

United says it’s making a 100 percent “Green Commitment,” noting that the company believes the airline industry needs to be bolder when it comes to making decisions that confront the climate crisis.

“That’s why we’ve committed to become100 percent green and reduce our greenhouse gas emissions 100 percent by 2050 by taking the harder, better path of reducing emissions from flying, rather than relying on traditional carbon offsets,” the company said in its statement. 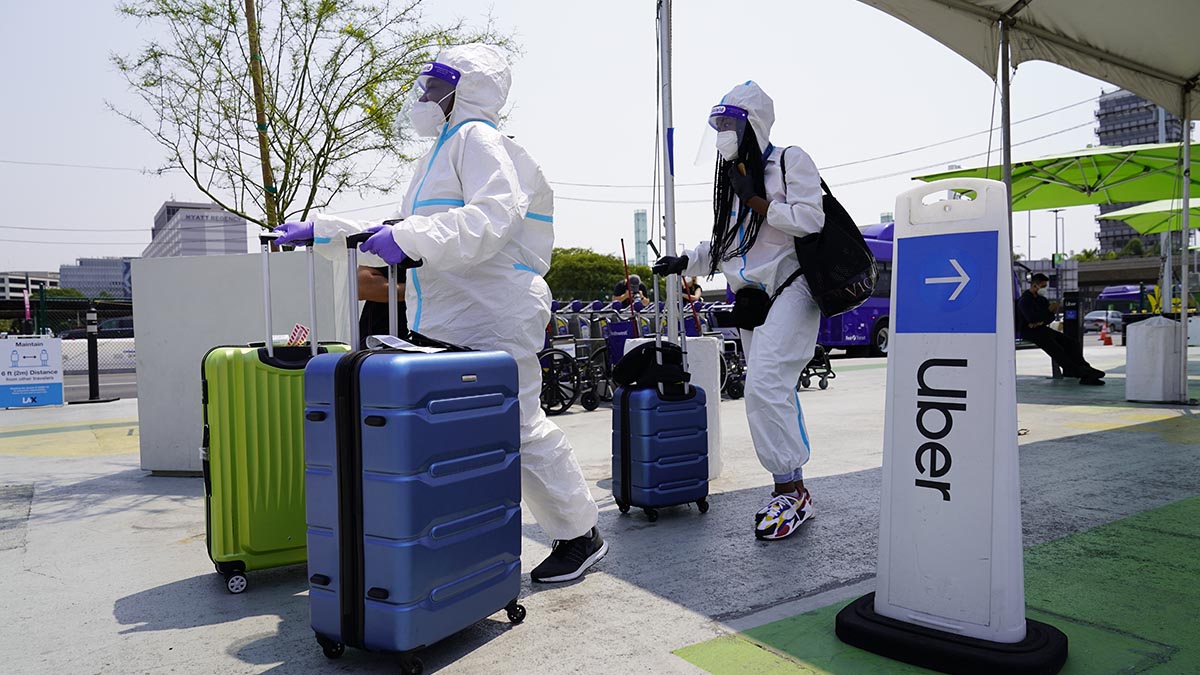 Uber is offering sign-up bonuses and other incentives for drivers as it faces record demand for rides and meal delivery.

In a government filing, the company said demand for ride-hailing, which plunged during coronavirus lockdowns last year, has recovered more quickly than expected as daily COVID-19 vaccinations exceed 3 million per day in the U.S.

Some people are still avoiding public transportation out of infection fears, potentially boosting demand for services like Uber and Lyft further.

Food delivery, of course, has surged over the past year and in March Uber Eats deliveries hit an all-time high. With more regions opening restaurants to at least partial capacity, that could be a positive sign for Uber as it could signal that some habits acquired during the pandemic may stick.

Food delivery jumped 150% from last March to an annualized run rate of $52 billion, the company said.

Last week, Uber announced $250 million in sign-up bonuses and other perks to lure more drivers. Many drivers gave up last year when demand dried up, the company said. But demand now exceeds the supply of Uber drivers on call, the company said.

In another perk, Uber has partnered with Walgreens to make it easier for drivers to get vaccinated.

Driving professionally, however, may still be considered too risky by some. Last month, a woman was arrested on suspicion of pepper-spraying an Uber driver in San Francisco who was coughed at and insulted after he demanded a passenger wear a mask.

Drivers may still be holding out to see if Uber will sweeten pay and benefits. Uber was forced to classify its drivers in the United Kingdom as workers last month — not self-employed — after a Supreme Court ruling there.

The company said Monday it has begun a historical claims settlement for its U.K. drivers.