The annual tech conference is the ideal environment for big names and startups to showcase their new creations and services for the year ahead. This year’s CES conference saw a surge in streaming services and surveillance technologies.

Uber and Hyundai are joining forces to build a fleet of flying taxis.

Uber have said that initially, the 4-passenger ‘Uber Air Taxi’ will be piloted, but in due course, it is expected to become autonomous. Uber plans to carry-out flight demonstrations in 2020 and have the transport commercially available by 2023.

Ideally, this is intended to help riders zoom over traffic in shared air taxis between suburbs and cities, with the hope of progressing into cities. The first pilot schemes are expected to be launched in Dallas, Los Angeles, and Melbourne, Australia. The taxi resembles a cross between an airplane and a helicopter and will be all-electric.

It is common knowledge, that Uber has been working on this project for quite some time, but the collaboration with Hyundai endeavors to incorporate the global manufacturing experience.

Hyundai will produce and deploy the vehicles while Uber will provide the airspace support and connections to transportation on the ground. Hyundai will retain ownership of the taxis, however the vehicles will be permitted to operate as part of Uber’s transport network.

ROBOT FOR THE LOO

Have you ever had the all-too-familiar feeling of being caught on the toilet with no access to toilet paper? Well Charmin has created the ultimate solution!

Their new 2-wheeled creation can locate and fetch fresh toilet roll. Around 6 inches in height and a face like a bear, the robot resembles the ones in the Charmin commercials and has a roll of toilet paper sitting on top.

Sadly, this is not expected to roll into bathrooms anytime soon. Charmin owners Procter & Gamble have announced that the robot will not be for sale and that it was just an example of what is possible.

New sensors have been created, which prevent water leaks before they attack your home.

Alarm.com and Flo Technologies have developed monitors which connect to water lines in homes and track their flow consistency. If the systems sense more or less water flowing through the pipes than usual, they will send an alert through their apps. They are also smart sensors and are able to detect a long shower, but if something really seems off balance, they can automatically shut the water supply off.

There are now ways to track elderly relatives or friends without impinging on their privacy. Startups are developing sensors which can tell if a loved one has moved around or eaten — for instance by using sensors to detect when the fridge is opened.

The efforts come as the U.S. government expects adults over the age of 65 to outnumber the population of children for the first time ever in 2034.

“We want to enable loved ones to live on their own,” said Ryan Herd, founder of Caregiver Smart Solutions.

The sensors track the elderly by detecting their movement. The product is also able to tell if someone has showered by measuring humidity. Other companies have developed wearable devices that can tell if an elderly person has fallen, and can alert care providers or relatives. It is also able to track movement and the rooms that the person is spending most of their time in.

Neither company uses cameras, so you’ll need to find another alternative if you want to monitor your grandparents’ homes.

GADGETS FOR YOUR EAR

According to projections by the organizers of the CES gadget show in Las Vegas, USA, around 67 million wireless earbuds are predicted to be sold this year, That a rise of 35% from last year and makes it one of the fastest growing products in consumer tech.

Most of the growth will come from Apple’s Airpods and Samsung’s Galaxy Buds, both of which are able to play music and take wireless calls. However, there are other big brands such as Amazon, which have started to sell its own unique set of ear buds.

Why Operators need to take control with 5G

UAE Telecoms giant Etisalat has announced its plans to work with an association of global tech leaders to introduce a new vendor platform that will aim to provide cloud telecom infrastructure and host developing futuristic technologies and services.

The creation of this respected group is aligned with the company’s corporate-wide programme launched to ‘cloudify the network’-dubbed ‘Sahaab. Sahaab is an Arabic word that means cloud. The programme will focus on deploying the right criteria of hardware-centric telecom services and software-centric cloud services.

The group itself consists of NEC as the prime overall integrator, Netcracker, Redhat, Juniper and Dell who will all collaborate with Etisalat to install and roll out the second generation of NFV (Network Function Virtualisation)/ SDN (Software Defined Networking). These two technologies are closely related and commonly associated with the enablement of smart cities, Internet of Things (IoT) and the upcoming 5G future.

The infrastructure will be built against industry leading architecture developed by the European Telecommunications Standards Institute (ETSI). The most recent technologies will then be set up to provide the highest levels of performance, agility, elasticity, and well-organized and efficient operations. The technologies include Network Function Virtualization Orchestrator (NFVO) from Netcracker, Software Defined Networking (SDN) controller from Juniper-Contrail, Virtual Infrastructure Manager (VIM) from RedHat-Openstack, and a collection of automation and operations tools like Ansible, Zappix, git-lab, ELK, and Bacula.

“Today’s announcement is of strategic importance as this platform will be a pillar for Etisalat’s long term strategy of driving digital technologies to empower our services and build the infrastructure to incorporate emerging technologies. As we transition into the digital future, it is essential to invest and implement the state-of-art methodologies in cloud computing by engaging with global leaders. This will ensure services on our network are agile and provide the best performance for major projects like Expo 2020, World Government Summit, AFC Asia Cup among others.” 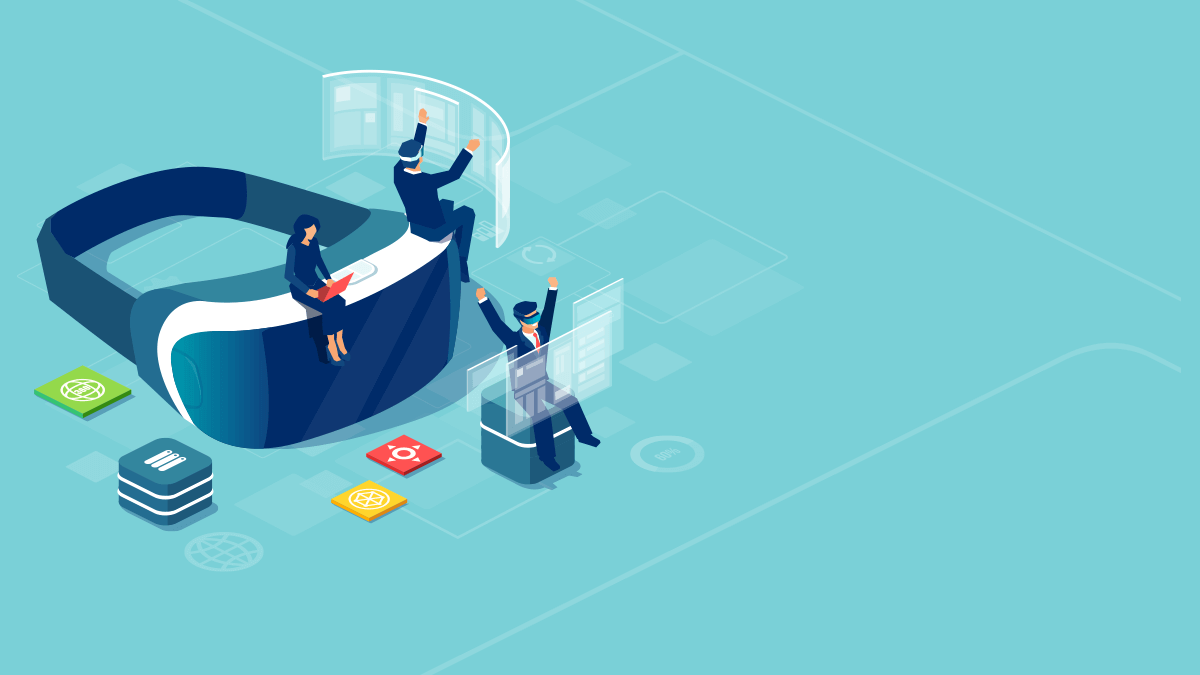 Immersive technologies can have a defining role in the world of telecoms, creating a broad scope of opportunities to support the changing, complex nature of the telecoms landscape. The industry at present, makes large investments in maintaining and developing its infrastructure, to ensure that technology across industries is represented by seamless, uninterrupted services. Deploying augmented reality (AR) and virtual reality (VR) can offer significant support to an increasingly complex system of services that require ongoing operational maintenance.

When distance stands between the problem and the maintenance specialist, disruption and delays are inevitable. In a world where businesses rely upon the seamless connection between their services and the network provided by their operator, it can cause immense pressure for both parties involved. Using augmented reality (AR) to fix maintenance issues remotely, provides a viable solution. This is a cost- and time-effective approach, that will ensure more repairs are made by the most trained and competent specialists. Immersive technology will replicate a real-life installation and maintenance situation for experts to assess. AR can be used by technicians to establish open audio-visual dialogue with an expert from anywhere in the world, which means an increased number of remote site visits and real-time consultations. Immersive technology in this context, provides double-sided benefit of both increased learning and productivity.

VR and AR can be used to effectively assist and train both current and future staff personnel. One of the major stumbling blocks faced by management in the telecom industry is ensuring consistent standards of practice and performance among their team members. AR and VR can be leveraged to boost knowledge retention and professional engagement. Immersive technologies can provide training without the need for time-consuming workshops, that would otherwise mean taking an entire group away from their work-environment – Studies have shown that this approach may boost GDP by $294.2 billion by 2030. The figures indicate the broad scope of potential in augmented reality in the workplace and offers unlimited access to those who wish to understand an area of specialty that may otherwise be difficult to facilitate in their surrounding physical environment.

AR and VR technologies can take operational performance to the next level. Utilizing such tools will ensure a more stream-line, efficient system that better responds to the advancing trends and requirements of the global market. 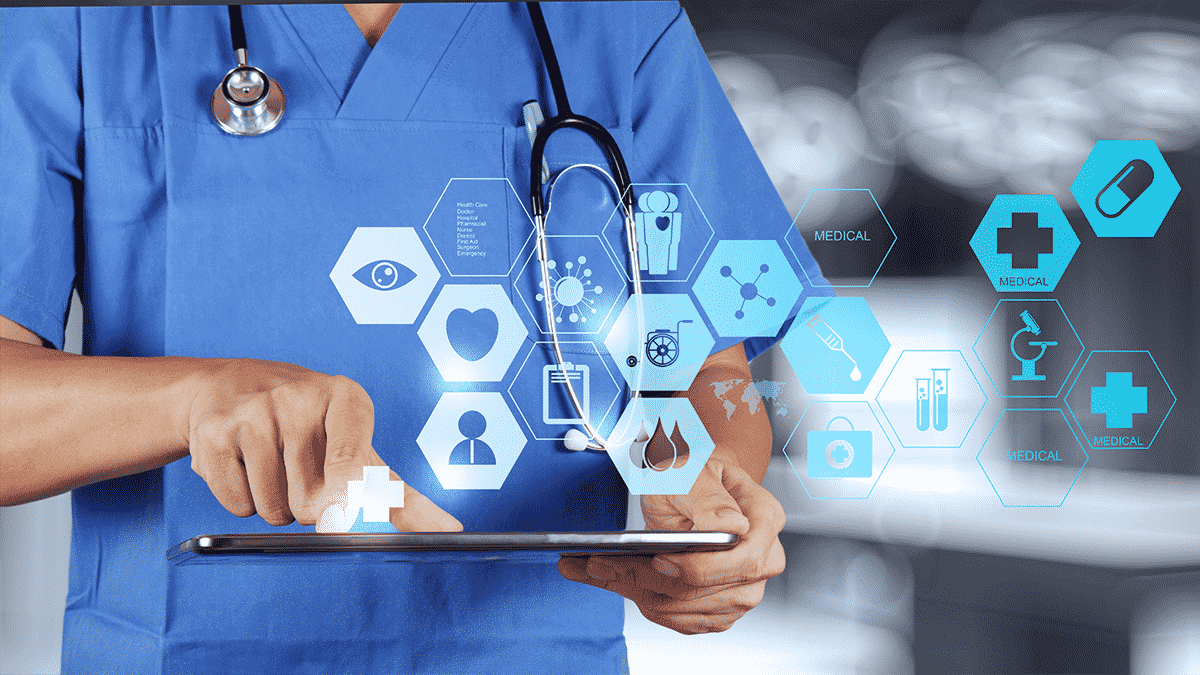 Lately, it feels like 5G is the only thing we ever seem to be talking about, and for good reason. When we think about 5G, we think about the many possibilities of innovation that could revolutionize services across industries. The medical world is no exception. Based on rapid technological advancements and the growing demand for better healthcare services, Korean Telecoms giant, KT Corporation, along with Samsung Medical Centre (SMC) have partnered up, to create a 5G-based smart hospital to power new medical practices.

KT built a dedicated 5G network at the medical center, created service environments in operating rooms and also carried out test operations. Both parties intend to develop the world of smart patient care along with 5G, innovative medical practices, to improve the efficiency of hospitals.

Both parties had been applying 5G on the premises as a means of creating improved medical services since they signed an agreement late last year. The services encompass digital diagnostic pathology, access to proton therapy information, teaching surgery, artificial intelligence-enable care for in patients and an autonomous robot for operating rooms.

The 5G-driven digital pathological analysis (conducted by SMC) is a brand new international example of using innovation using 5G technology methods and equipment for medical procedures. Tissues are taken from the patient during surgery and treated for analysis and then sent to pathologists in an adjacent room. This took around 20 minutes of walking back and forth, which made it hard for pathologists to conduct onsite analyses.

Fast and consistent access to pathological data – taken during surgery – is vital in defining and assessing the conditions of the patient and is provided by a 5G network with an extremely high speed and a very low latency rate. The network lets the Pathology Department gain access to materials which contain about 4GB of data each, thus ensuring improved medical services

This network also ensures fast access to CT and MRI data on proton therapy. The procedure required pathologists to walk about a km to the therapy center to download the files. Now, the 5G network enables them to access these files from any point in the medical center.

Surgery Education Away from the Operating Room

Surgical theatres and operating rooms are often too crowded with medical staff and equipment in order for medical students to observe closely. To resolve this issue and teach effectively, KT has produced a 5G-assisted education program with the Samsung Medical Center.

A robot developed for the soul purpose of delivering within the operating room, is able to remove contaminated materials and medical waste for disposal. This autonomous robot can also bring in the necessary surgical supplies.

Robots for operating room assistance can reduce secondary and tertiary infection which happens through contact with medical waste and will save human resource costs in waste disposal. Furthermore, 5G enabled connectivity reduces disruption and latency in data exchange with robots and terminals.

Smart Care Giver is a creative AI supported system of in-patient-care. It provides AI services on KT’s GiGA Genie engine and enables patients to control their hospital room with voice commands and checks their medical condition with their permission. Consequently, medical staff are able to respond more efficiently and effectively to patient emergencies.

Collaboration between KT and the Samsung Medical Center will continue throughout the year, to further refine the services developed.