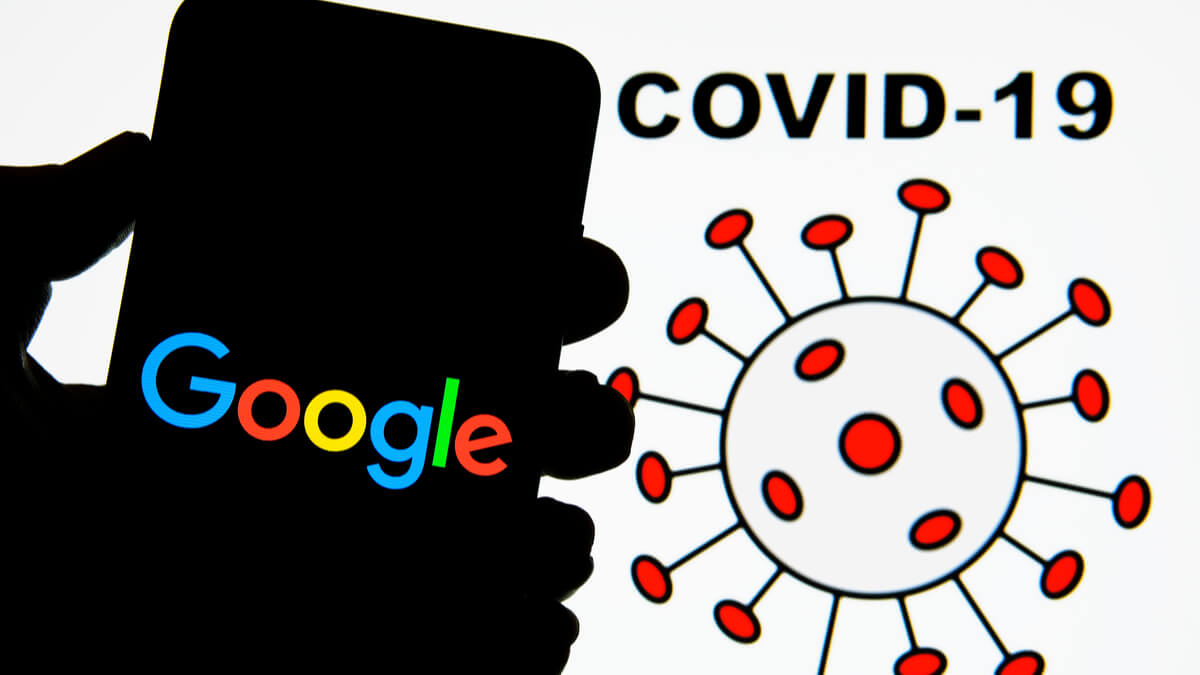 Starting August, Google will ban advertisements that are running next to debunked COVID-19 conspiracy theories. Under Google’s new policy, supervisors will now have the ability to entirely remove ads from certain articles, in addition, they can now ban all advertisements for websites that do not comply or violate the new rules, according to CNBC. Google will ban previous banned ads that have made harmful claims about prevention and treatment of the virus.

Google will ban advertisements that are more broadly about Coronavirus conspiracy theories, similar to the debunked involvement of Bill Gates, or to unsubstantiated link to 5G networks. The policy will be effective starting August 18th, and infringements made will be counted on a percentage threshold.

This decision made by Google came after several health officials blamed rampant COVID-19 hoaxes for spreading misinformation and fear online. Even though this new rule prevents publishers from profiting from viral articles about Coronavirus that are purposely misleading, experts advise that people read medical content with caution and check whether the information provided is coming from a credible online source.

Even though this isn’t the first time Google will ban advertisements that appear next to false information, this new ban will be more targeted at the false information that is surrounding the Coronavirus. Google has made headlines in the past for banning ad revenue on articles that contain conspiracy theories regarding diseases and potential cures, specifically anti-treatment and anti-vaccine views that can cause death or bodily harm. It is important to note that in 2019 for example, advertising accounted for more than 70% of Google’s reported revenue.

Advertisement
Related Topics:GoogleMedTech
Up Next

The COVID-19 pandemic and mental health 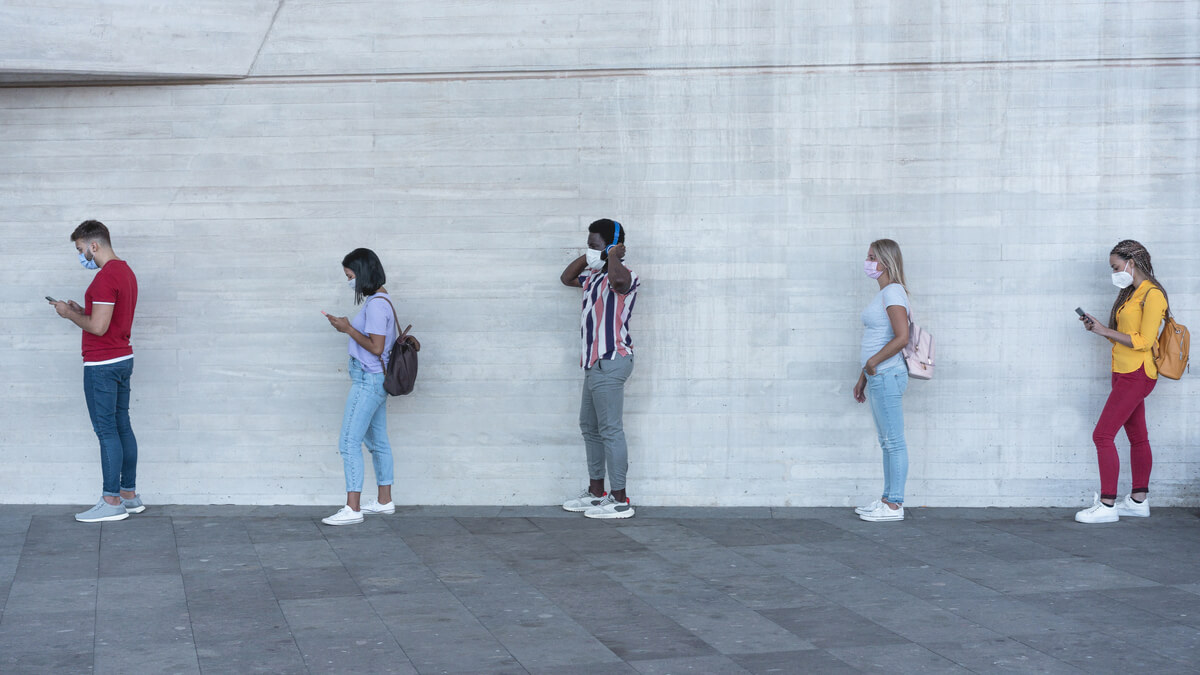 As our society reflects in agony upon the devastation caused by the pandemic, one can’t help but examine the direct effects of this deadly virus on our daily work in offices and closed rooms.

This reflection also leads us to the big question: which companies remained standing on boxing ring?

It’s safe to say that the tech sector has weathered some of the most disruptive effects of the pandemics relatively well, thanks to its agile adaptation speed, and how fast new tech is rolling out into the market.

But not all the players in the tech game have managed to smoothly sail the tides of the pandemic.

And it is too early to determine whether pandemic related shifts in usage and IT tactics will remain permanent.

However, some areas of the computing world have seen a boost while others are withering away.

The biggest and easiest to spot out of the pandemic winners is hands down the videoconferencing ecosystem, which is evident by the skyrocketed demand due to shifts in education and remote work.

Take Zoom as an ideal example; that literally saw sales boom during the pandemic and took advantage to develop their own niche marketplaces that offer specialized extensions for several industries including education and finance.

There won’t be a winner without a loser.

And in this case the losing counterpart that took a major hit during the pandemic is software and hardware packages that are aimed at simplifying our day in the physical office.

As long as we are continuing to work from home, enterprises specializing in software for scheduling rooms or office productivity will continue to witness a drastic decline in their demands.

Another player that is taking up a beating is the RFID chip segment whereby tools that are built around detecting and directing people using physical presence will not be a major focus – until we return back to our offices.

Collaboration Tools is where it’s at

The pandemic has certainly underscored the dire need for office tools that enable coworkers to collaborate on documents and presentations, rendering this technology as another major contender amongst pandemic winners.

Moreover, this new increased demand can be expected to stay around long post-pandemic as several business leaders are realizing the full benefits of remote working – and to be honest, might be getting a bit too comfortable with it!

A noticeable trend to point out here is the rise of online collaboration tools that support marketplace that enables third parties to offer extensions that add functionality to all platforms. Prime examples are Zoho that specialize in online productivity tools and SaaS applications, and Salesforce that offer SaaS solutions specific to customer relationship management (CRM).

An overall analysis at pandemic winners and losers would not be complete without mentioning the unsung underdog in all of this, and in our case it is definitely cloud computing.

As cloud deployment and adoptions are only gaining traffic, numbers aggregated from Statista indicates that In 2020, the public cloud services market is predicted to reach around $257.5 billion in size and by 2022 market revenue is forecast to exceed $362.3 billion.

Cloud services have greatly met our expectations when we needed them the most, and industries will be increasingly adopting them in the near future.

The controversy around the Chinese vaccine explained 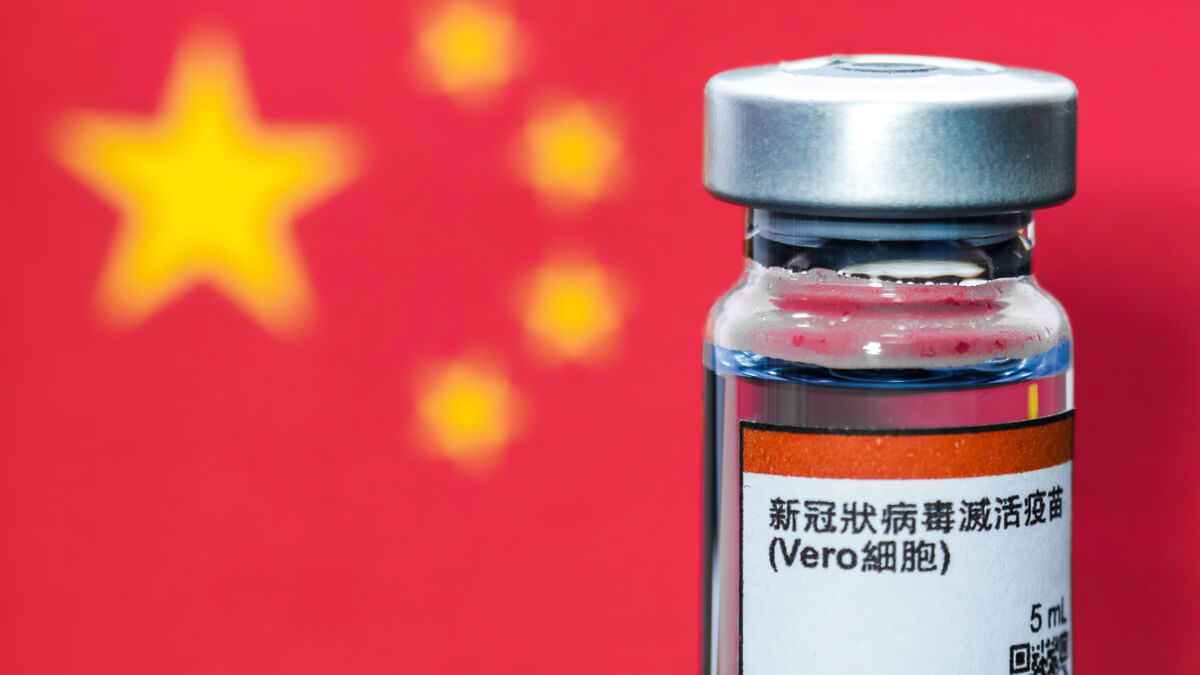 Recent controversy surrounding the Chinese vaccine, CoronaVac, manufactured by Sinovac have left many people fearful of the worst. Drug trials in Brazil have found that the vaccine only has a 50.4 percent efficacy rate, leading people to question the safety of the vaccine.

According to the world health organization, a vaccine only needs to be 50 percent effective, a benchmark which the Chinese vaccine just passes. Other trials in Turkey and Indonesia found rates ranging from 60 to 90 percent, while the institute itself announced the efficacy rate to be at 78 percent.

At least 17 countries have already pre-purchased the Chinese vaccine, and many have begun distributing it to their citizens already such as in the UAE.

Given the confusion and faltering confidence by the public, why are countries still buying it up and pre-purchasing CoronaVac?

According to drug trial results, the vaccine was found to induce a quick immune response within four weeks of injection with 2 doses taken 14 days apart. Some vaccines can take up to 30 days apart to have an effective response, and with every day wasted meaning more needless loss of life, speed is vital.

Another advantage of having another vaccine option is that some people have severe adverse reactions to vaccines like Pfizer and Moderna. It is a good idea to have an alternative handy.

Other vaccines such as Pfizer and Moderna, which require specialized storage conditions and temperatures to remain usable. Entire vaccine batches can be squandered just by improper storage or a fluctuation in temperatures even for a short time.

In countries with unstable power supply for example, or vast countries with a large rural populace, many find that aspect to be especially appealing.

Given the logistical nightmare that is storing and distributing millions upon millions of vaccine doses all over a given country, this vaccine alternative is simply more feasible and much cheaper. Many countries simply cannot have such storage facilities built and maintained in remote areas, making this vaccine ideal for immunizing large rural populations.

As vaccine manufacturers have admitted, having a diversified portfolio of candidates may be better than relying on one vaccine, as different sources meet different demands.

To put it simply, the Chinese vaccine is not perfect, but it does the job, and is another useful tool in the diverse arsenal being used to halt the pandemic once and for all. It is safe, it is effective, and available. 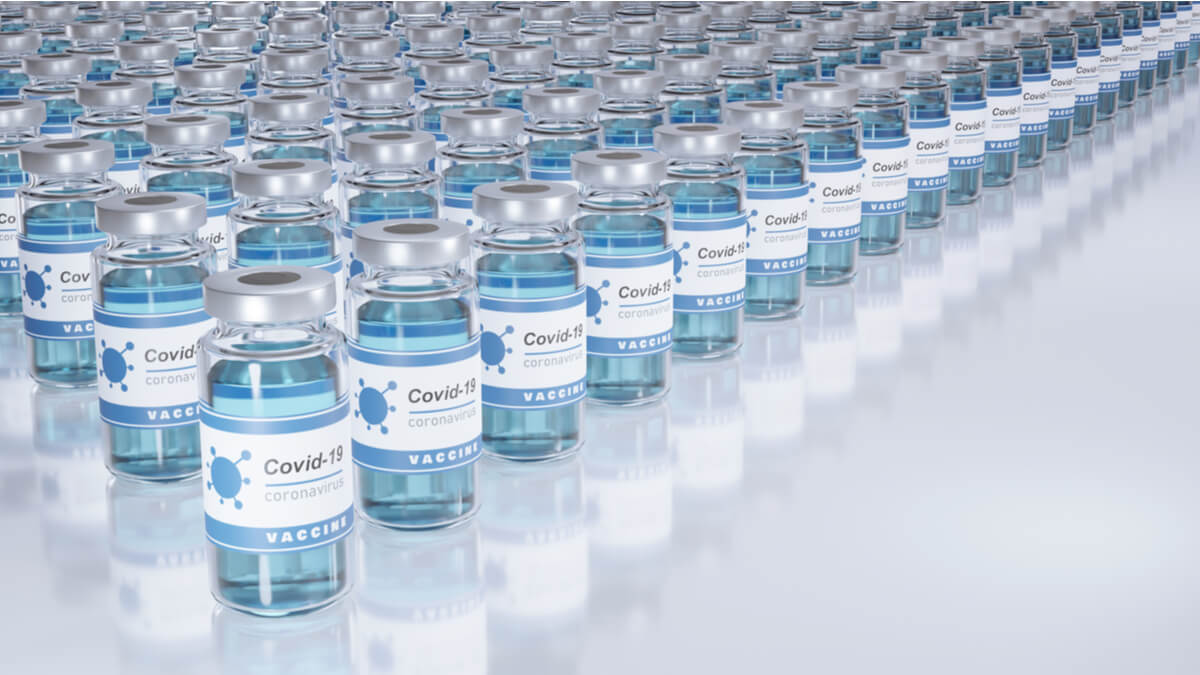 Never in history has the world seen such a collective push towards a single goal. Vaccination and immunization of the world’s populations has been every government’s top priority for the past year. Thus, a colossal amount of time, expertise and funding took vaccine research and development into hyperdrive.

With currently 77 vaccines in phase three trials, here are five of the most purchased Covid-19 vaccines that have already been signed up:

Perhaps the most referenced vaccine candidate in the world, Pfizer is the 4th most purchased Covid-19 vaccine out there, with just over 700 million to the EU, US, and UK, and more than 10 other countries globally including South Korea, and Switzerland and New Zealand, Lebanon and Kuwait.

After concluding their third phase of trials, the candidate was found to be 95% effective after the first dose and is considered one of the most trustworthy vaccines on the market despite some media hysteria naturally surrounding it.

The smallest of the top 5 giants but by no means the least effective with only just over 400 million doses sold in seven countries and the EU. The Moderna vaccine’s effectiveness sits broadly between 50 percent to 94 percent upon administering the second dose. This is the second highest rate of effectiveness on the market so far. Moderna has an edge over the other vaccines in that it does not need to be kept at extra cold temperatures to be stored, making it much easier to distribute, store, and rollout.

Recent allergic reactions to one batch of vaccines has led to a halt of operation in California until health authorities can figure out what is going on, but this is likely an anomaly.

The Oxford vaccine is currently the number one most purchased Covid-19 vaccine out there, distributing over 2.6 billion doses across the world, mainly in the EU, the U.S, and the COVAX alliance.

Made by the university of Oxford in partnership with AstraZeneca, the vaccine has a 70 percent effectiveness against the virus, but can go up to 90% if administered in the proper dosage, with two doses given 28 days apart.

Despite an initial delay due to an inefficient immune response in older adults, over 530 million doses of the Sanofi GSK vaccine have already been pre-purchased by the EU, UK, US, Canada, and another 200 million doses by the COVAX alliance.

The second phase of trials have been delayed until February, but the company is adamant to do its part in mass vaccination process as “No single pharma company can make it alone; the world needs more than one vaccine to fight the pandemic.” said Thomas Triomphe, EVP and Head of Sanofi Pasteur on the company website.

With the second most purchased Covid-19 vaccine worldwide, Novavax, or Novavax NVX-CoV2373 vaccine to be precise, is the dominant vaccine found in India with over 1 billion doses sold to the country alone, and another 300 million sold to Australia, Indonesia, and of course, the US, Canada, and UK.

Most of these vaccines have currently been sold in credit form, meaning the doses are promised to the buyers beforehand. A great logistical and manufacturing effort is being made to make these deliveries happen, and despite missteps and some delays, the mass immunization process continues worldwide.

E-scooters to benefit from Ericsson-Arkessa partnership