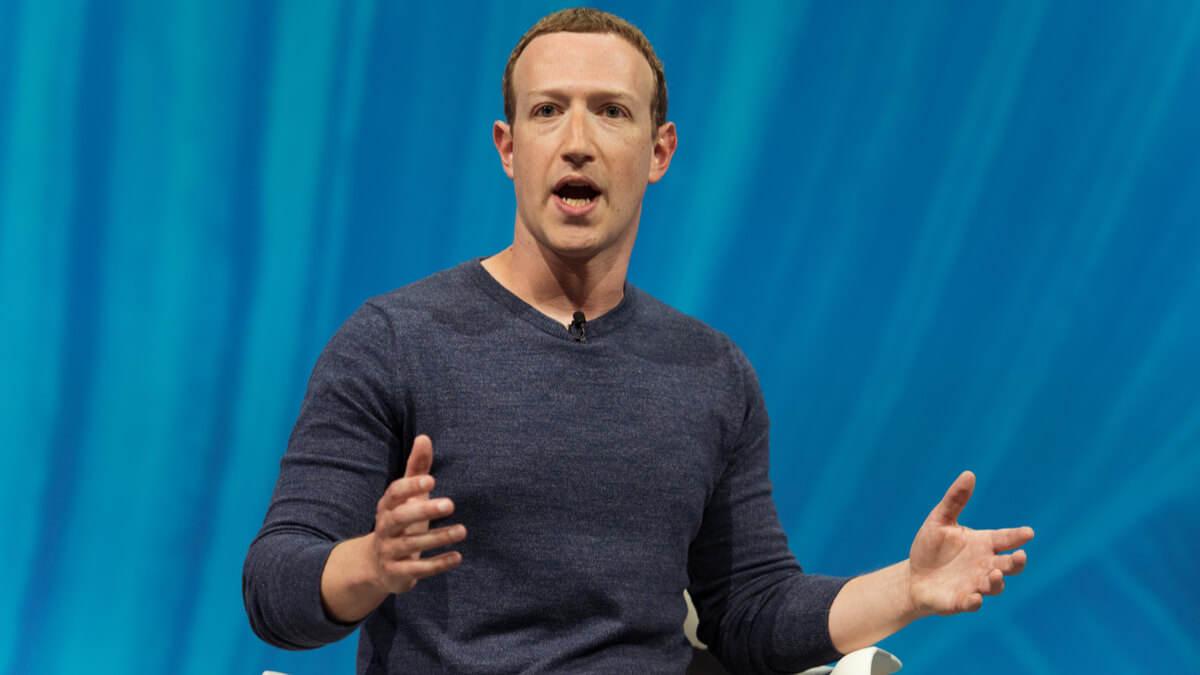 Facebook’s CEO Mark Zuckerberg is breaking his silence in a public note to Facebook employees addressing recent claims made by whistleblower Frances Haugen about the platform’s harmful tactics.

“We care deeply about issues like safety, wellbeing, and mental health. It’s difficult to see coverage that misrepresents our work and our motives. At the most basic level, I think most of us just don’t recognize the false picture of the company that is being painted,” Zuckerberg wrote in a public Facebook post.

“The argument that we deliberately push content that makes people angry for profit is deeply illogical,” Zuckerberg added.

Frances Haugen testified before U.S. Congress as part of its inquiry into Facebook’s operations, which was ignited after The Wall Street Journal published internal documents that were leaked by Haugen herself.

While the hearing focused on the tech giant’s negative affect on young teens, the former Facebook employee took the opportunity to criticize the company’s business model and News Feed algorithm, describing it as “morally bankrupt,” labelling “the choices being made inside of Facebook” as “disastrous for our children, our privacy, and our democracy.”

Haugen, who was the lead product manager at Facebook, told Congress that the social network “is choosing to grow at all costs,” which she notes is “bought with our safety.”

She explicitly stressed an emphasis with Zuckerberg but blames him for building “an organization that is very metrics-driven,” in which “the metrics make the decision.”

However, the company’s chief exec is justifying the company’s business model by noting that their main source of revenue is from ads, and advertisers themselves do not encourage angry or harmful content.

“I don’t know any tech company that sets out to build products that make people angry or depressed. The moral, business and product incentives all point in the opposite direction,” he wrote.

Yet, in his 1,300 strongly worded post, Zuckerberg did not tackle Congress’ request to testify, while also refraining from addressing Haugen by name.

Twitter is removing a feature to improve video quality 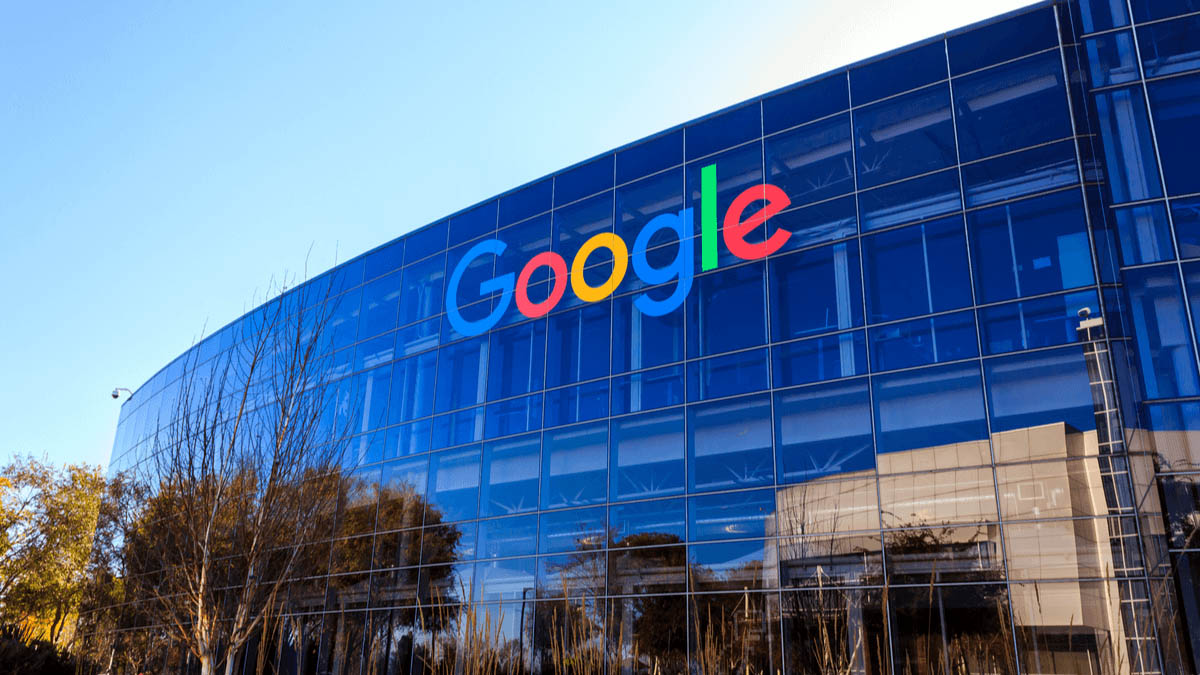 “Don’t be evil,” is the famous motto of Alphabet Inc. was not honored by the company especially after breaching their employment contracts, a group of former Google employees highlighted on Monday.

Google have failed to respond to comments on the matter, while it previously said that the employees violated data security policies.

Furthermore, former Google employees Rebecca Rivers, Sophie Waldman and Paul Duke alleged, in the lawsuit filed in California state court in Santa Clara County, that they were fired two years ago for fulfilling their contractual obligation to speak up if they saw Google violating its “don’t be evil” pledge.

The lawsuit noted that the motto that comes under Google’s policies calling for “acting honorably and treating each other with respect” and engaging in “the highest possible standards of ethical business conduct,” was considered by workers within immigration work as “evil.”

The company’s code of conduct says workers who think the company may be falling short of its commitment should not stay silent, the lawsuit said. For around 20 years, Google promoted “don’t be evil” as a core value, including when it went public in 2004.

In addition, the three software engineers raised concerns in forums inside Google about the company potentially selling cloud technology to U.S. immigration authorities, which at the time were engaging in detention tactics considered inhumane by rights activists, including separating migrant children from their families.

Workers taking part in the suit have failed to specify the amount of damages. 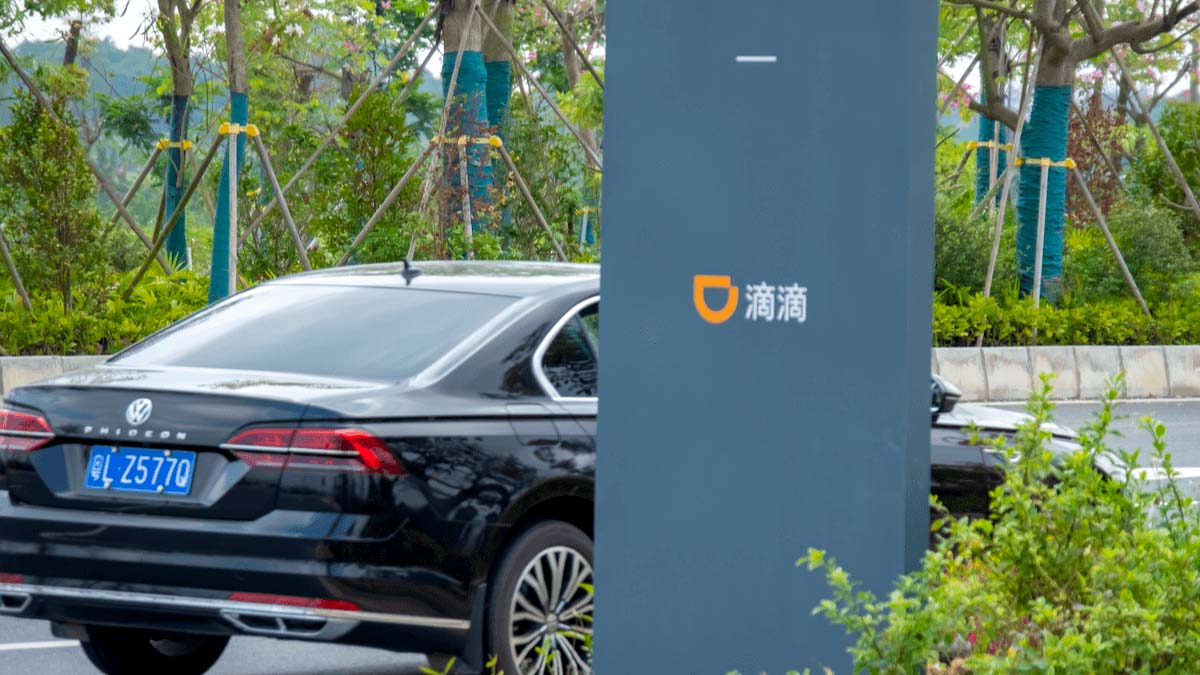 China defined new rules on Tuesday to protect the rights of drivers in its giant ride-hailing industry, requiring operators of the services to provide them with social insurance and make their earnings public.

As such, the rules came after Chinese regulators told companies including Didi Global, Meituan, Alibaba Group’s Ele.me and Tencent Holdings, in September, to improve their income distributions and guarantee rest periods for drivers and food-delivery riders.

The new rules come as President Xi Jinping called for China to achieve “common prosperity,” seeking to narrow a wide wealth gap that threatens the country’s economic incline and the legitimacy of Communist Party’s rule. Also, the rules could increase costs for ride-hailers and impact their earnings.

In addition, the industry in China hit an overall transaction volume of $39.22 billion in 2020, according to a report by the Internet Society of China.

To be more specific, the transport ministry said that ride-hailing companies should improve income distribution mechanisms. “Anti-monopoly measures will be stepped up against such companies and a ‘disorderly expansion of capital’ will be prevented in the sector,” it added.

However, regulators in China criticized the biggest technology firms regarding their policies that exploit workers and violate consumer rights, as part of a campaign to exercise more control over large swathes of the economy after years of runaway growth.

The Chinese regulator imposed, in August, a limit on the percentage the delivery platforms take from drivers’ fee, according to a transport ministry official. 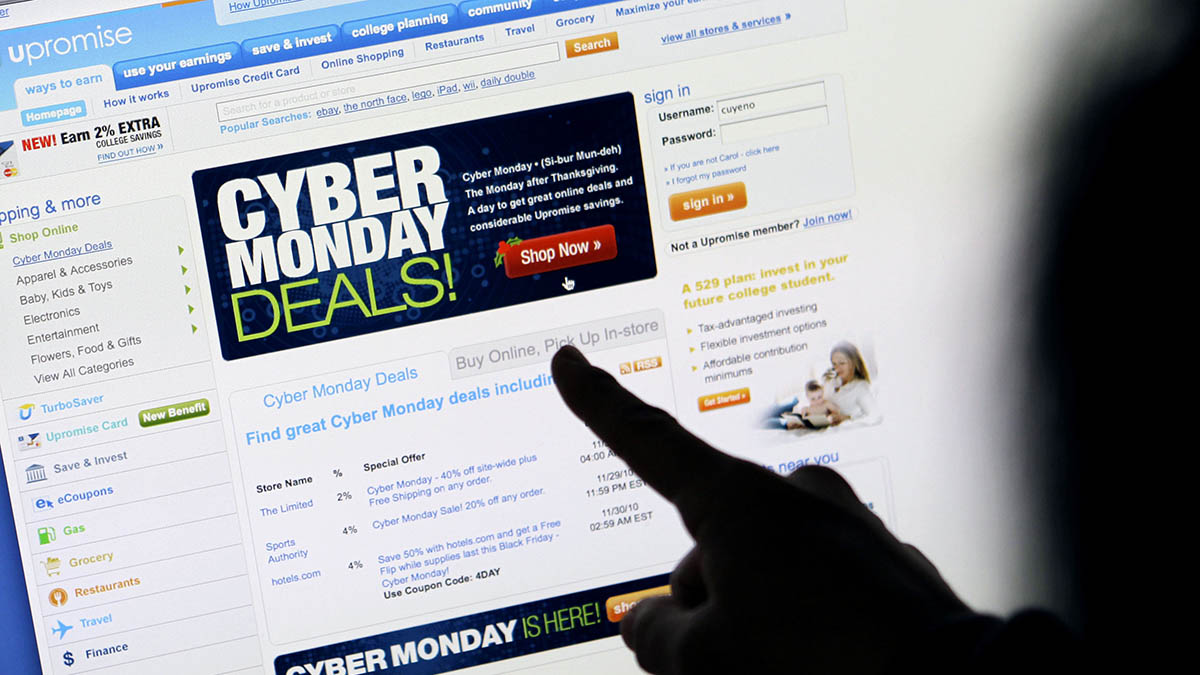 Americans are spending freely and going back to store shopping, knocking out some of the momentum in online sales from last year when Americans were making many of their purchases exclusively via the internet.

Shopper traffic roared back on Black Friday, but it was still below pre-pandemic levels, in part because retailers spread out big deals starting in October. The early buying is expected to also take a bite out of online sales on Monday, coined Cyber Monday by the National Retail Federation in 2005.

In fact, Adobe Digital Economy Index said that it was the first time online sales on Thanksgiving and Black Friday hadn’t grown, and Cyber Monday could likewise see a decline compared with a year ago. Adobe, which tracks more than one trillion visits to U.S. retail sites, had previously recorded healthy online sales gains since it first began reporting on e-commerce in 2012.

Still, Cyber Monday should remain the biggest online spending day of the year. For the overall holiday season, online sales should increase 10% from a year ago, compared with a 33% increase last year, according to Adobe.

A possible game changer is the omicron variant of the coronavirus, which could put a damper on shopping behavior and stores’ businesses. The World Health Organization warned Monday that the global risk from the omicron variant is “very high” based on early evidence, saying the mutated coronavirus could lead to surges with “severe consequences.”

Jon Abt, co-president and a grandson of the founder of Abt Electronics, said that holiday shopping has been robust, and so far overall sales are up 10% compared to a year ago. But he said he thinks Cyber Monday sales will be down at the Glenview, Illinois-based consumer electronics retailer after such robust growth from a year ago. He also worries about how the rest of the season will fare given the new variant.

“There are so many variables,” Abt said. “It’s a little too murky.”

Here is how the season is shaping up:

Consumers are expected to spend between $10.2 billion and $11.3 billion on Monday, making it once again the biggest online shopping day of the year, according to Adobe. Still, spending on Cyber Monday could drop from last year’s level of $10.8 billion as Americans are spreading out their purchases more in response to discounting in October by retailers, according to Adobe.

Harley Finkelstein, president of Canadian e-commerce platform Shopify, which has 1.7 million independent brands on its site, said that so far, Cyber Monday is off to a strong start. Sales on his platform were up 21% on Black Friday compared with 2020 and more than double compared with 2019. He said he believes that independent brands will see better percentage sales gains online than big national chains, as shoppers gravitate more toward direct-to-consumer labels and look for brands with social conscience. And he says these brands have been able to get the inventory. Among some of the hot items on Shopify are children’s couches from Nugget and luxurious linens from Brooklinen.

“I think it is a tale of two different worlds,” he added.

BLACK FRIDAY BACK BUT NOT THE SAME

Overall, Black Friday store traffic was more robust than last year but was still below pre-pandemic levels as shoppers spread out their buying in response to earlier deals in October and shifted more of their spending online. Sales on Friday were either below or had modest gains compared with pre-pandemic levels of 2019, according to various spending measures.

Black Friday sales about 30%, compared with the year-ago period, according to Mastercard SpendingPulse, which tracks all types of payments, including cash and credit cards. That was above its 20% growth forecast for the day. Steve Sadove, senior adviser for Mastercard, said the numbers speak to the “strength of the consumer.” For the Friday through Sunday period, sales rose 14.1% compared with the same period in 2020 and were up 5.8% compared to 2019, Mastercard reported.

Unlike in years past, many big box stores like Walmart didn’t market their discounted goods as “doorbusters,” in their Black Friday ads, choosing instead to stretch the deals out throughout the season or even the day. And the discounts are smaller this season as well.

Shoppers were also expected to pay on average between 5% to 17% more for toys, clothing, appliances, TVs and others purchases on Black Friday this year compared with last year, according to Aurelien Duthoit, senior sector advisor at Allianz Research. That’s because whatever discounts are offered will be applied to goods that already cost more.

Overall holiday sales could be record breaking. For the November and December period, the National Retail Federation predicts that sales will increase between 8.5% and 10.5%. Holiday sales increased about 8% in 2020 when shoppers, locked down during the early part of the pandemic, spent their money on pajamas and home goods.