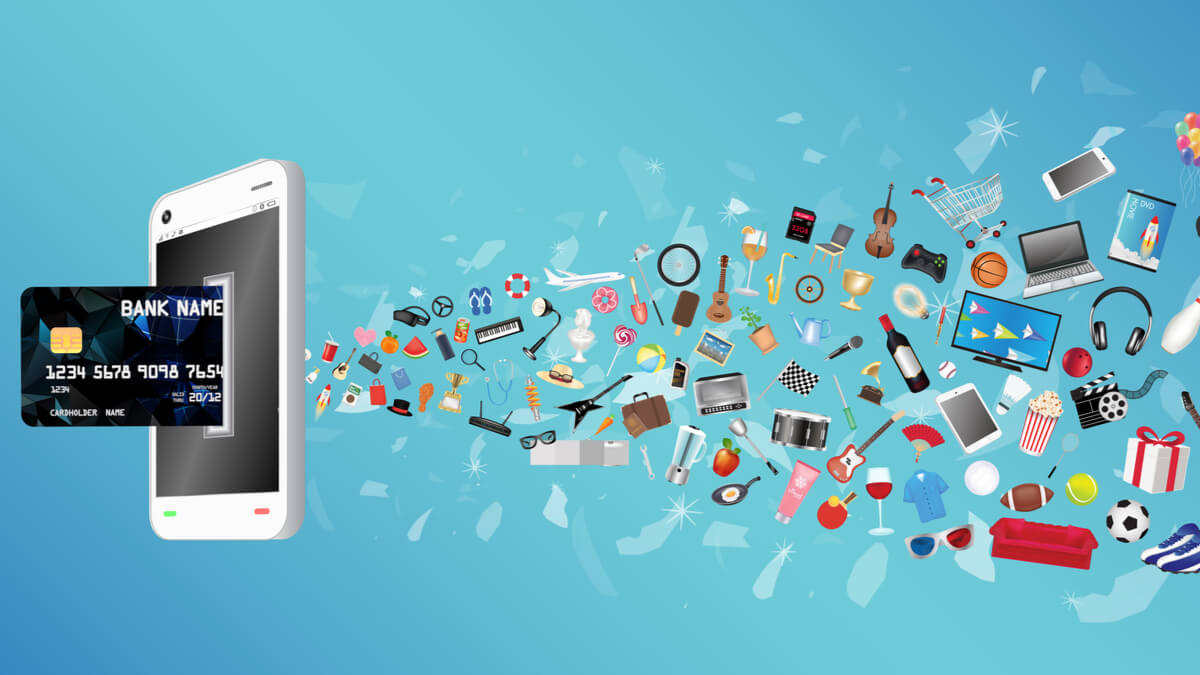 The pandemic has placed a spotlight on all things seamless; from restaurant menus, hotel check-ins, and even trickling down to FinTech and digital banking services.

This focus has accelerated coming of a digital economy that looks to harness the technological advancements that the world has witnessed since the start of the COVID-19 health crisis, which is why people are looking to digitize all their experiences; specifically through digital banking services.

According to a new study by Juniper Research, 53 percent of the world’s population will access digital banking services in 2026; reaching over 4.2 billion digital banking users, from 2.5 billion in 2021.

The research identified increased digital transformation efforts as enabling banks to function effectively during the pandemic; justifying the benefits of digital banking use and fostering further user growth.

The new research, Digital Banking: Banking-as-a-Service, Market Transformation & Forecasts 2021 2026, identified that China will be the largest digital banking market over the next five years; accounting for almost 25 percent of digital banking users in 2026.

The research recommends that banks should better integrate their many offerings into a single, consistent digital experience, to better compete with diverse competition.

Juniper Research’s Digital Transformation in Banking Readiness Index analyzed 30 leading Tier 1 banks on their innovation in terms of digital features, digital investment, and innovation, as well as on their agility in terms of size, profitability, and brand strength, to evaluate their digital transformation readiness and highlight their respective positioning.

It identified the leading group of banks for digital transformation which are Bank of America, HSBC, JPMorgan Chase, BBVA, and DBS Bank.

Bank of America offers an ever-expanding digital platform, including the Erica chatbot, and has had recorded significant upticks in digital usage and engagement during the pandemic.

“These banks have progressed with well-planned and executed digital transformation strategies, and other banks need to build similarly broad and revolutionary roadmaps, or they will be left behind by more agile competitors,” Research co-author Damla Sat noted.

JPMorgan Chase has experimented with blockchain and has made acquisitions, such as that of wealth manager Nutmeg in the UK to boost its offerings.

HSBC has launched innovative new solutions, such as HSBC Kinetic for small businesses in the UK, with BBVA launching initiatives including cryptocurrency trading and DBS Bank having high levels of digital engagement.

Related Topics:DigitalFinTechInside Telecom
Up Next

Ericsson’s shares on the rise despite Chinese pressure 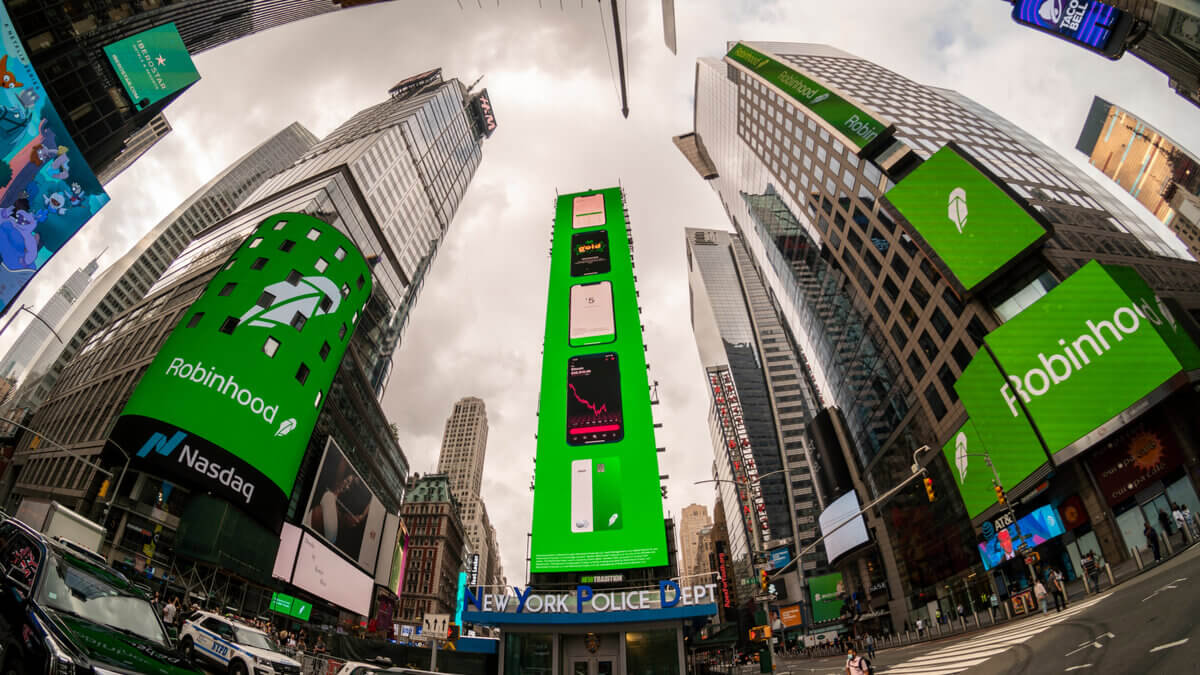 Popular investing company Robinhood Markets began trading on Thursday its initial public offering at $38 a share, followed by a 10 percent drop, and closing at $34.90.  This came following an announcement on Saturday its plans to launch U.S. retirement accounts as an endeavor to raise its bidding.

The investing platform had aimed to raise an estimate of $2.3 billion, with an offer of 55 million shares assessed between $38 and $42, with an anticipated market value of $35 billion.

Despite Robinhood’s attempt to allocate up to 35 percent of its shares to retail, a modest 20 percent went to retail indicating less interest than expected, according to The New York Times.

In a bold move, the company gave its users the chance to employ their investments in its IPO shares, as an additional chance to engage in the platform’s stated mission: democratization of finance.

Providing users with individual retirement accounts (IRA) who have tax advantages of saving money for their retirement would give Robinhood the chance to expand its field.

According to the Investment Company Institute, Americans carried $12.6 trillion in IRA by the end of March, which will allow the online brokerage firm to tap into a vast market by offering tax benefits to those saving for retirement.

This initiative will execute the company’s vision of setting aside a third of its shares for customers. This will allow them to directly acquire shares through its platform, which is extremely unusual for IPOs since it reserves shares for institutional buyers.

Robinhood will allow users to indulge in commission-free trades on stocks, and cryptocurrencies, in an attempt to address and gain popularity amongst a younger audience.

“We are interested in building more account types, including IRAS and Roth IRAS, we’ve been hearing that a lot from our customers. We want to make first-time investors into long-term investors,” Robinhood CEO Vlad Tenev said in response to investors.

Also, this could be interpreted as another attempt to enhance its reputation following its investigation with financial regulators.

In the assumption that the implemented method survives, the California-based firm might still encounter some financial implications.

The fact is that Robinhood may obtain about 75 percent of its income from transaction-based revenues, which is nearly triple of its competitors’.  And since it makes an average of 2.5 cents for $100 traded, this puts it more at risk to lose some of its userbase if they began trading at a lot less than $100 on the app.

The company’s revenues exceeded all analysts’ expectations as its revenue experienced a roaring soar of 245 percent last year alone. Then, in the first quarter of 2021, the company reached $525 million.

One of the most influential reasons leading to the platform’s popularity is the fact that it does not charge trading commissions, nor does it require customers to carry big balances. Robinhood makes most of its money by funneling investors’ orders towards big trading firms, such as Citadel Securities.

Since most of the accounts on its platform are retail traders, the online brokerage has about 18 million funded investment accounts.

Preceding to the firm’s April-June revenues – which witnessed a rise of estimated 124 percent to 135 percent – the company is expecting a plunge in its July – September revenues.

In cryptocurrencies, Robinhood is foreseeing a lower level of trading activity since prices of Bitcoin and other cryptocurrencies have been dropping since its peaking earlier in April.

Robinhood openly filed for its IPO earlier this month, unveiling last year’s profits with a pure income of $7.45 million on net revenue of $959 million.

It is worth highlighting that experiencing a slight drop on the first day of trading may not necessarily signal trouble times ahead for the company. During 2012, Facebook, for example, had a catastrophic public offering $38, and currently dominate the social networking company’s stakes that stands at a successful $358. 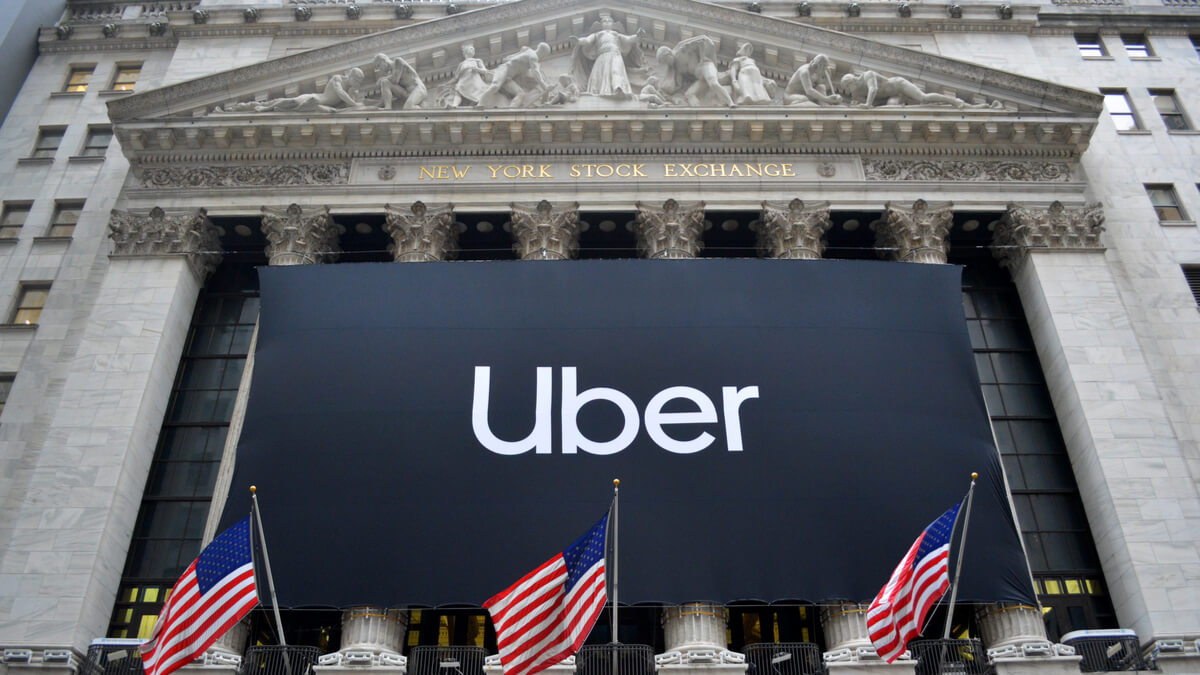 Uber shares tumbled on Wednesday with more than 4.5 percent in extended trading, following a report stating that SoftBank is selling around $2 billion worth of shares, in a definitive attempt to recover from lost bets on Didi and other investments.

Japanese telecommunications and technology multinational conglomerate Softbank is selling a whopping 44 million shares in Uber as a final effort to contain around $4 billion in losses due to its investment in Chinese ride-hailing titan Didi, according to a CNBC report.

Earlier this week, The Financial Times reported that Softbank’s Didi share loses were approximately around $4 billion due to China’s latest regulatory attack on Big Tech.

By selling 45 million in stakes in the San Francisco-based ride-hailing company, Softbank Vision Fund will minimize its stake in Uber by roughly a third.

Reuters reported that the Japanese technology investment group decided to take the initiative to put its plan into action was not based on the recent tumble in Didi’s value, but mostly because the timing seemed convenient to take some profit.

Back in 2018, Softbank invested around $7.6 billion into Uber, and increased its investment to $333 million in the following year.

It is worth highlighting that all three companies are intertwined.

Softbank is Didi’s largest shareholder with a stake of more than 20 percent, while Uber also owns an estimated value of 13 percent in the Chinese ride-hailing app, and Didi acquired Uber China from Uber back in 2016 – where Uber was a huge pre-IPO shareholder, owning around 12 percent of the firm.

In the recent months, with Beijing tightening its noose on Big Tech firms, Chinese trading companies trading in the U.S., Hong Kong, and mainland China witnessed a sharp plunge in its market value.

Two days after Didi debuted on NYSE, China’s internet regulator instructed app stores to remove Didi from its platform. This was announced under the pretense that the Chinese ride-hailing company was involved in unorthodox performance of collecting users’ personal data. 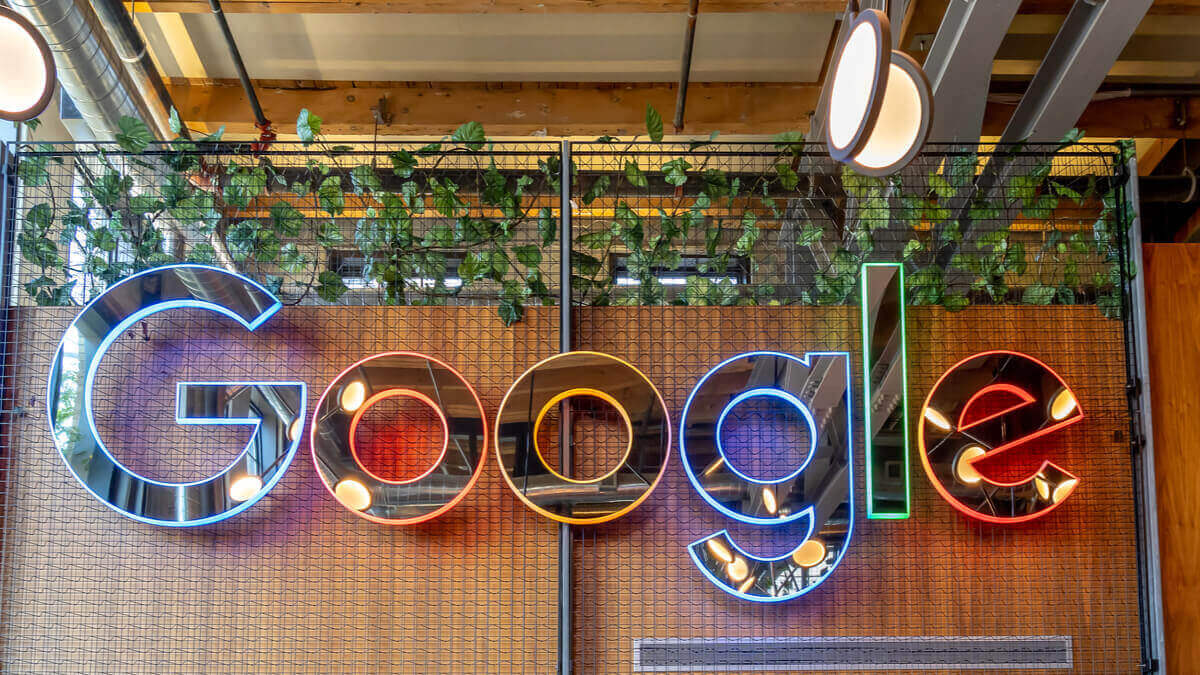 Amidst the latest antitrust cold war between Big Tech companies and Washington in the last quarter, Google and Alphabet Inc. tallied in sales, marking the best quarterly revenue for the search engine giant.

“Again, we benefited from excellent execution across the board by our teams,” he added.

As Google found itself under the spotlight from some of the biggest antitrust lawsuits, the company’s earnings performance came as a slight breather amidst all the regulations it has been subjected to lately.

Earlier this month, an assembly of state attorneys filed a lawsuit against the tech titan under pretense that its Play Store violated major antitrust regulations. Google’s alleged anticompetitive behavior could have caused it a major marketplace for its apps.

The lawsuit concentrated on the 30 percent fees Google was charging from developers to sell digital products and services through its Play Store.

By the end of June, the search engine’s second quarter defeated analysts’ estimates of $56.15 billion by scoring its parent company Alphabet Inc. a massive $61.88 billion in sales, grading Google one of its highest quarterly revenue so far.

Alphabet Inc.’s share price witnessed a higher ascend in in-after hours trace preceding Google’s release of its quarter results of $2.819 as of time of writing.

It is worth highlighting that Google’s 2020 Q2 revenues suffered a major downfall of $37.99 billion in revenue – in comparison to its 2021 revenue – marking 2021’s Q2 as a major boost for the platform and its parent company.

Since the Biden administration began tightening its antitrust grip around Silicon Valley giants, Big Tech firms acquitted themselves of any antitrust wrong doing. According to these firms, if the company controls a market then it has the right to control the prices.

To most tech companies, deciphering the antitrust law is easy.

Since most of their services are free to consumers, it is advertisers and other consumers who are paying the price, literally. In some cases, some of these platforms keep their prices low and run a thin margin on its retail business.

Despite the constant fight between Google and antitrust regulators for its alleged anticompetitive approach, the rise in its quarterly revenues is a clear demonstration of the power Google still has as one of the big-league global players.