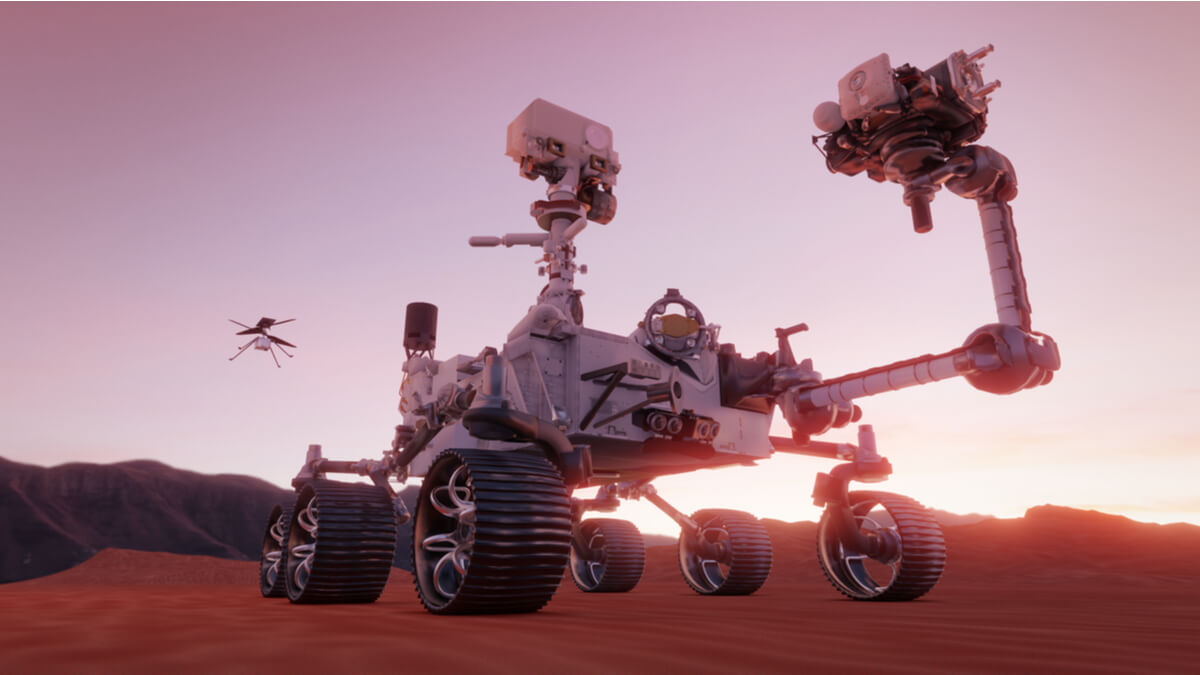 NASA’s Perseverance rover landed Thursday on Mars after traveling 293 million miles (472 million kilometers), and entering the Red Planet’s stratosphere at supersonic speed, only slowing in the final minutes of the 203-day journey.

Confirmation of the successful touchdown was announced in mission control at NASA’s Jet Propulsion Laboratory in Southern California at 3:55 p.m. EST (12:55 p.m. PST). At the official moment of landing cheers went up in main NASA control room for the mission, in salutation of a risky landing venture completed.

“This landing is one of those pivotal moments for NASA, the United States, and space exploration globally – when we know we are on the cusp of discovery and sharpening our pencils, so to speak, to rewrite the textbooks,” said acting NASA Administrator Steve Jurczyk.

Jurczyk added that the Mars 2020 Perseverance mission embodies the nation’s spirit of persevering even in the most challenging of situations, inspiring, and advancing science and exploration. “The mission itself personifies the human ideal of persevering toward the future and will help us prepare for human exploration of the Red Planet,” he noted.

Packed with groundbreaking technology, the Mars 2020 mission launched on July 30, 2020, from Cape Canaveral Space Force Station in Florida. The Perseverance rover mission marks an ambitious first step in the effort to collect Mars samples and return them to Earth.

It is the sixth safe landing of U.S. craft on the surface of the Red Planet, where several times touch downs went badly astray, and crafts were destroyed.

About the size of a car, the $2.7 billion, 2,263-pound (1,026-kilogram) robotic geologist and astrobiologist will undergo several weeks of testing before it begins its two-year science investigation of Mars’ Jezero Crater.

While the rover will investigate the rock and sediment of Jezero’s ancient lakebed and river delta to characterize the region’s geology and past climate, a fundamental part of its mission is astrobiology, including the search for signs of ancient microbial life.

To that end, the Mars Sample Return campaign, being planned by NASA and ESA (European Space Agency), will allow scientists on Earth to study samples collected by Perseverance to search for definitive signs of past life using instruments too large and complex to send to the Red Planet.

“Because of today’s exciting events, the first pristine samples from carefully documented locations on another planet are another step closer to being returned to Earth,” said Thomas Zurbuchen, associate administrator for science at NASA.

Congratulations to NASA and everyone whose hard work made Perseverance’s historic landing possible. Today proved once again that with the power of science and American ingenuity, nothing is beyond the realm of possibility. pic.twitter.com/NzSxW6nw4k

Zurbuchen added that the Perseverance rover is the first step in bringing back rock and regolith from Mars. “We don’t know what these pristine samples from Mars will tell us. But what they could tell us is monumental – including that life might have once existed beyond Earth,” he highlighted.

Some 28 miles (45 kilometers) wide, Jezero Crater sits on the western edge of Isidis Planitia, a giant impact basin just north of the Martian equator. Scientists have determined that 3.5 billion years ago the crater had its own river delta and was filled with water.

The power system that provides electricity and heat for Perseverance through its exploration of Jezero Crater is a Multi-Mission Radioisotope Thermoelectric Generator, or MMRTG. The U.S. Department of Energy (DOE) provided it to NASA through an ongoing partnership to develop power systems for civil space applications.

Equipped with seven primary science instruments, the most cameras ever sent to Mars, and its exquisitely complex sample caching system – the first of its kind sent into space – Perseverance rover will scour the Jezero region for fossilized remains of ancient microscopic Martian life, taking samples along the way.

“Perseverance is the most sophisticated robotic geologist ever made, but verifying that microscopic life once existed carries an enormous burden of proof,” said Lori Glaze, director of NASA’s Planetary Science Division. “While we’ll learn a lot with the great instruments, we have aboard the rover, it may very well require the far more capable laboratories and instruments back here on Earth to tell us whether our samples carry evidence that Mars once harbored life.”

NASA’s mission is one of three international missions including the UAE’s “Amal” (Hope) craft and Tianwen -1 from China, respectively, each of which reached Martian orbit last week and are currently circling the planet collecting data.

Facebook hit with a heavy fine in Italy over data concerns

Editor-in-Chief of Inside Telecom. TK Maloy has been in the journalism/media profession for over 30 years, with a writing portfolio that includes coverage of Capitol Hill, Wall Street, Main Street, and the world, doing business, economic, political, and feature reporting, with specializations including corporate and high-tech topics. 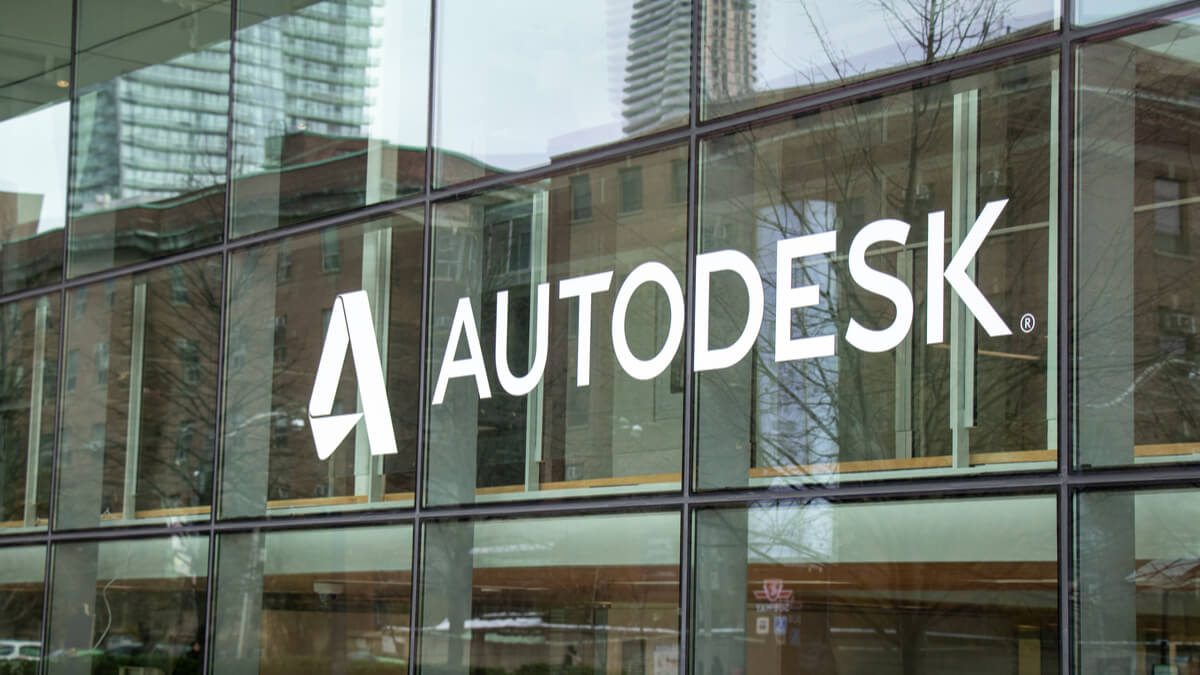 The corporation makes software products and services for the architecture, engineering, construction, manufacturing, media, education, life science and entertainment industry sectors, and has been an industry leader for decades.

“We are thrilled to welcome both Debbie and Raji – two dynamic and accomplished executives – to Autodesk,” said Andrew Anagnost, CEO, and president of Autodesk.

“Debbie and Raji bring deep leadership experience and a passion for customer success,” he added. “Their addition to our executive leadership team – along with Diana Colella, who was recently appointed to lead our Media & Entertainment group – will inject fresh perspectives into our company and towards our goal of delivering the world’s leading design and make platform.”

Clifford, who currently serves as chief financial officer at SurveyMonkey, returns to Autodesk – where she spent 13 years in various financial leadership roles – and brings with her expanded financial, strategic, and operational experience. She will oversee all aspects of Autodesk’s finance, accounting, tax, treasury, operations, and investor relations teams.

Clifford serves on the board of Harmonic, a video technology and services company, and holds a Bachelor of Arts in Political Science from the University of California Los Angeles, and a Master’s in Business Administration from Stanford Graduate School of Business.

“Accepting the CFO position at Autodesk is like coming home,” said Clifford. “I’m excited to reconnect with the exceptionally talented finance organization and help accelerate the next phase of Autodesk’s growth. I am thrilled to be back and can’t wait to get started.”

Arasu will join Autodesk from Intuit, where she serves as senior vice president of platform engineering. She will oversee and be responsible for Autodesk’s technology strategy and ensure alignment against long-term innovation priorities and short-term technology imperatives. Arasu will replace current Autodesk CTO Scott Borduin, who announced his intent to retire last year.

Raji Arasu is a technology executive with over 25 years of experience focused primarily on eCommerce, marketplaces, payments, and fintech systems. She specializes in leading through transformative change across people, product, platform, and process to accelerate customer benefits and revenue growth.

At Intuit, Arasu helped shape the platform strategy and technology culture, led its cloud journey and expanded foundational core capabilities that amplified the pace of innovation for Intuit’s customers. Prior to Intuit, Arasu served as Chief Technology Officer for StubHub and held leadership roles at eBay.

Arasu has received public recognition for technology leadership, promoting diversity, and mentoring women to be successful leaders in technology. She serves on the board of directors for NIC Inc. and MediaAlpha Inc.

“Autodesk has long been one of the world’s most innovative companies and I’m thrilled for the challenge and opportunity to lead a world-class team of technologists,” said Arasu. “It’s an exciting time to join the company as we seek to deliver solutions that enable our customers to make an impact and achieve better outcomes for their products, their businesses, and the world.”

Autodesk makes software for people who make things. Ranging from driving a high-performance car, working in a towering skyscraper, using a smartphone, or making a blockbuster film, the company may well have played a role in the design. 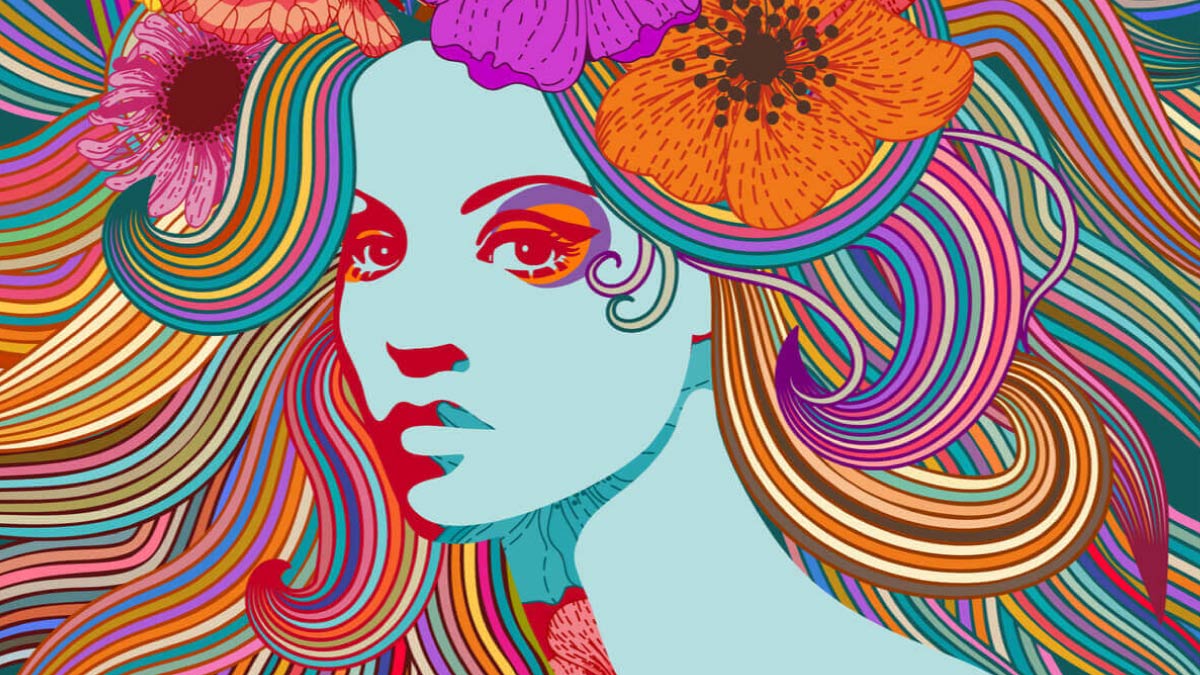 MindMed, the psychedelic medicine biotech company, announced in a release that it closed its acquisition of HealthMode, a digital medicine and therapeutics startup that uses Artificial Intelligence (AI)-enabled digital measurement to increase the precision and speed of clinical research and patient monitoring.

The combination of these two companies will foster advancement and development of the growing area of psychedelic medicine for psychiatric uses in post-trauma, addiction treatment and a variety of other mental illness problems.

“The HealthMode acquisition marks the start of MindMed 2.0 as we seek to not only build a drug development company for psychedelic medicines, but also a comprehensive mental health technology platform to one day potentially launch these transformative medicines to patients in a scalable manner,” MindMed co-founder and CEO J.R. Rahn said in a statement.

MindMed discovers, develops, and deploys psychedelic inspired medicines and therapies to address addiction and mental illness. The company is assembling a compelling drug development pipeline of innovative treatments based on psychedelic substances including Psilocybin, LSD, MDMA, DMT and an Ibogaine derivative, 18-MC.

The MindMed executive team brings extensive biopharmaceutical experience to the company’s groundbreaking approach to developing the next generation of psychedelic inspired medicines and therapies.

These measurements allow for meaningful integration of clinical trial data with real-world evidence and provide the basis for movement toward patient-specific measures.

Better measurement tools and the platforms to support them help HealthMode’s partners make data informed decisions, reduce uncertainty around enrollment and outcomes, de-risk development, and increase the speed at which novel therapeutics reach patients in need, according to HealthMode. 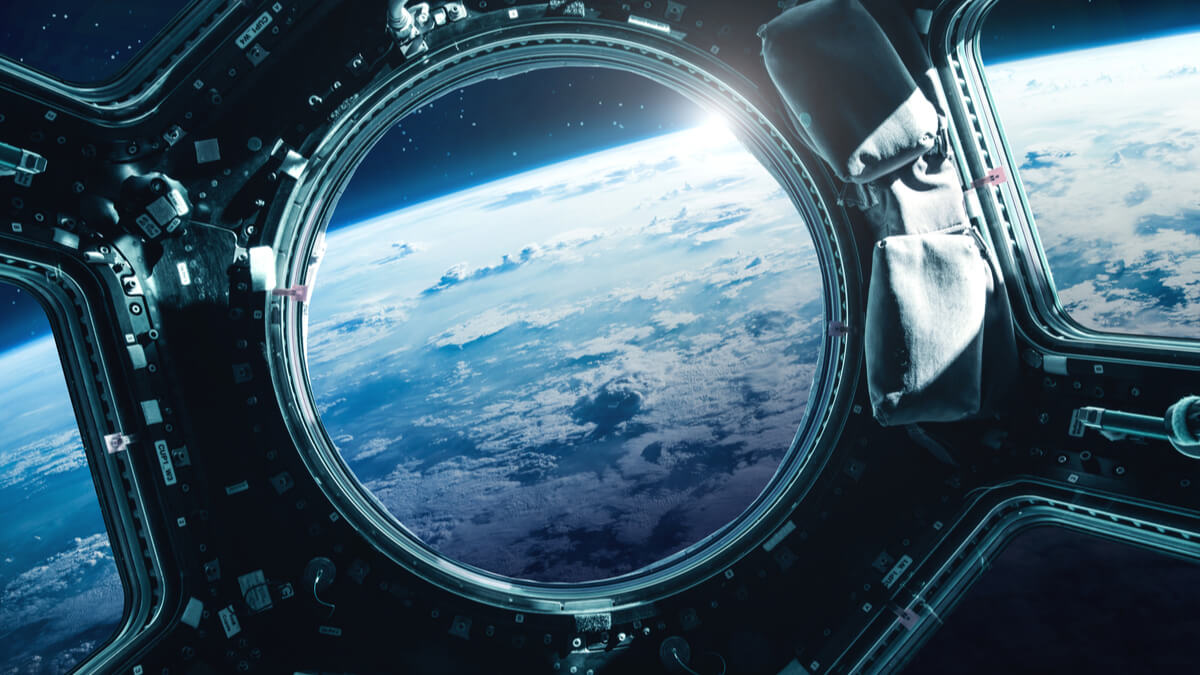 In the video recorded Feb. 24 and shared by NASA on Saturday Feb. 28, the long-distance phone call ranged from the legacy of human spaceflight to observing Earth from the vantage of the space station, Glover’s history-making stay aboard the orbiting laboratory, and preparing for missions from the Moon to Mars, according to a press statement from NASA.

Victor Glover is a long-duration crew member on the International Space Station. He served as the Crew Dragon pilot and second-in-command for NASA’s SpaceX Crew-1 mission. Glover is responsible for spacecraft systems and performance.

Glover is a multitalented astronaut, holding several degrees and having served as military aviator after his graduation from the U.S. Naval Academy.

Glover is a naval aviator and was a test pilot in the F/A‐18 Hornet, Super Hornet, and EA‐18G Growler aircraft.

As a global endeavor, 242 people from 19 countries have visited the unique microgravity laboratory that has hosted more than 3,000 research and educational investigations from researchers in 108 countries and areas.

The ISS remains the springboard to America’s Moon to Mars exploration approach, including Artemis missions to the Moon to prepare for human exploration of the Red Planet.

Its main links to earth for crew delivery is the SpaceX Dragon and the Russian Soyuz rocket. Also, frequent robot craft arrive with food, science experiments and technology upgrades.