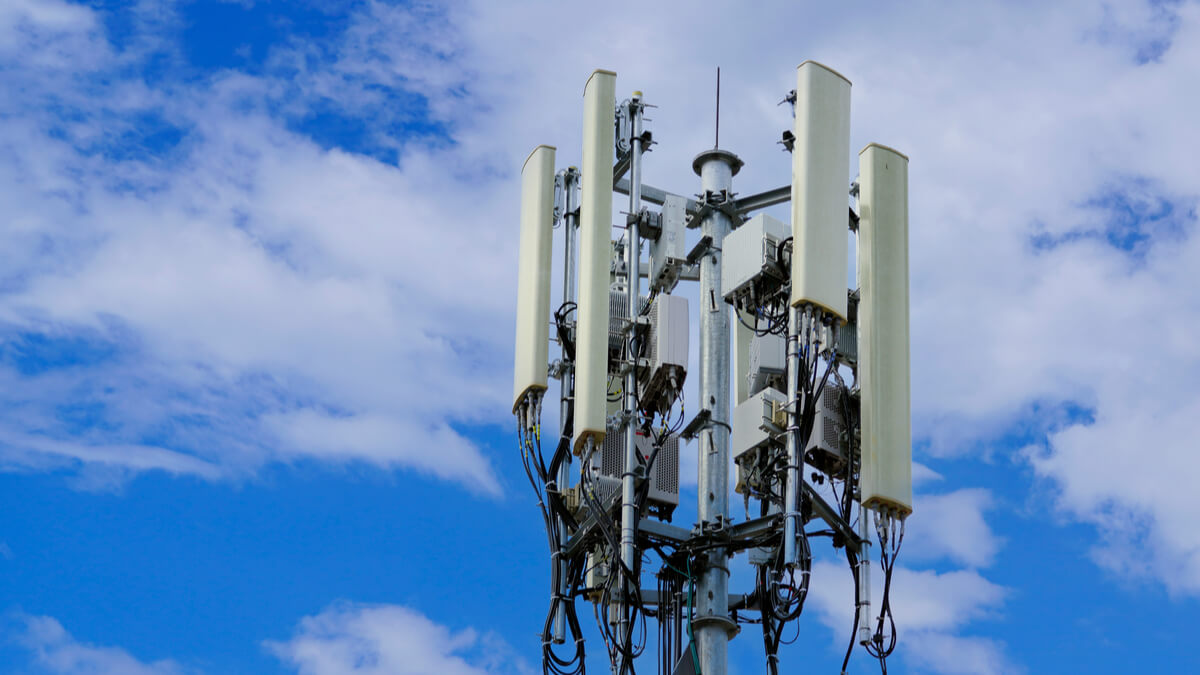 SaskTel has launched the final ten micro cell towers under the Government of Saskatchewan’s Wireless Saskatchewan initiative announced in 2017.

The four-year “Wireless Saskatchewan” project, launched by SaskTel in 2017, officially concluded on September 10th, 2021, with the completion of a final set of macro cell towers.

“With over 1,000 SaskTel cell towers spread throughout the province, Saskatchewan has the best wireless coverage in Western Canada,” he noted.

“At SaskTel, we are committed to being the best at connecting Saskatchewan people to what matters most,” SaskTel President and CEO Doug Burnett said.

“With Wireless Saskatchewan, we were able to make tangible and meaningful progress in addressing gaps in wireless coverage in underserved rural areas. Looking to the future, the new towers we’ve constructed as part of this program will help us bring 5G deeper into rural Saskatchewan, ensuring that rural residents and businesses will also benefit from the same technological advancements that many in urban areas take for granted,” he added.

Originally announced in 2017, Wireless Saskatchewan is a multi-phase initiative designed to improve wireless connectivity and high speed internet services in rural parts of the province. Through this program, SaskTel invested over $107 million to:

In total, there are now 1,000 SaskTel towers erected across the province.

With the initiative complete, SaskTel announced its next project is bringing 5G internet service to rural Saskatchewan. 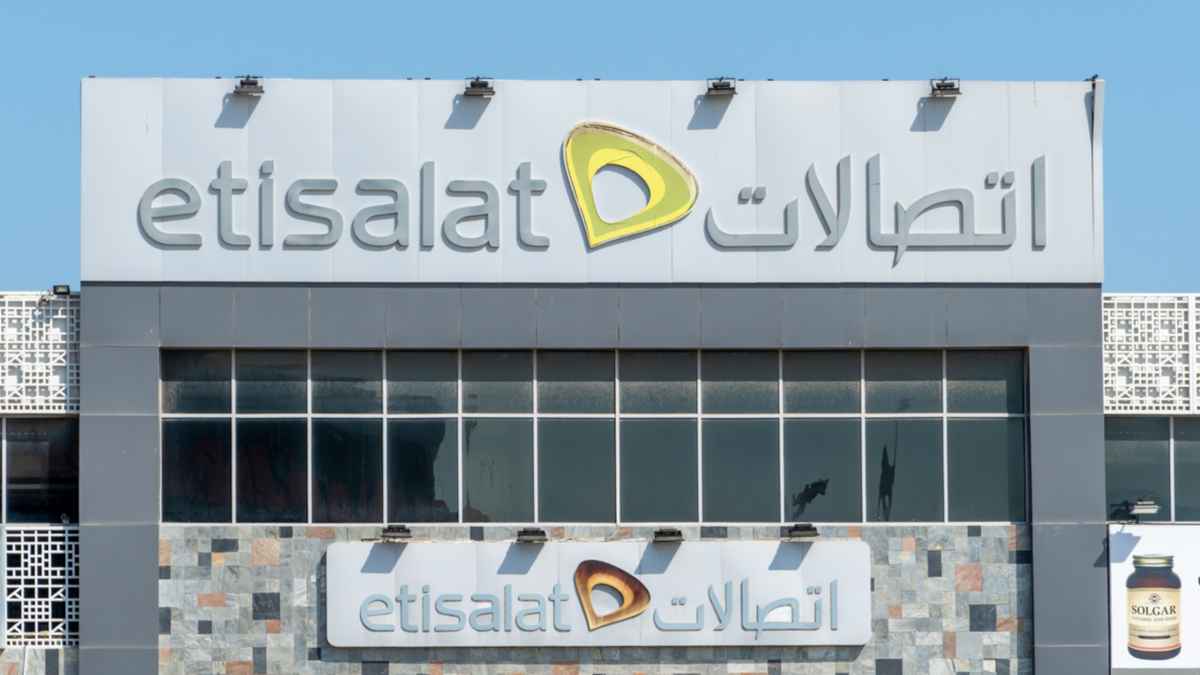 The Pakistani government has decisively reached a settlement with UAE’s Etisalat over what seemed to be a never-ending quarrel following the Emirati operator’s acquisition of a faction of shares in Pakistan Telecommunication Company Limited (PTCL).

The achieved settlement focuses on the assessment of multiple properties initially planned to become a segment of PTCL after its 2006 privatization. In the agreement’s terms, Hatem Dowidar, Etisalat’s CEO, confirmed that the Emirati telco will pay $2.6 billion for a 26 percent share value in PTCL. A $1.8 billion sum has already been approved and paid upfront.

Etisalat had previously arranged a five-year extended period to finalize the remainder of the payment to the Pakistani government on the grounds that more than 3000 properties will be rolled into PTCL.

However, by the time UAE’s telecom operator realized that the government could not maintain its part of the deal by establishing its role in the agreement, Etisalat refrained from finalizing the remainder of its balance, therefore putting it on hold any future actions.

Originally, before the accumulated tensions on the deal, the sale deed’s quarrel circulated the settlement of several properties via valuation of assets by the government and Etisalat.

In 2015, due to legal terms, segments of the firms’ transfer deal to PTCL had been finalized, with only 30 remained lingering until final agreement on any lingering legal conditions. Some of these firms were properties obtained by private investors and should not be in the original agreement between the Pakistani government and Etisalat.

According to the CommsUpdate, Pakistan’s government succumbed to an agreement stating that it must extract the value of the mentioned private properties from the $800 million sum that is currently owned by Etisalat.

It is worth mentioning that Pakistan’s government has previously proposed to Etisalat a $60 million deduction from the total of $800 million.

Nevertheless, none of the mentioned agreements have been finalized as parties close to the matter will decide on a just and impartial fair valuation of the properties.

Until now, Pakistan’s Ministry of Finance disclosed that both parties are trying to reach a mutual understanding, supervised by “internationally renowned evaluation companies.” UAE’s Etisalat’s CEO has already given his blessing to this process as it could potentially lead to the valuation’s completion in a matter of “a couple of months.” 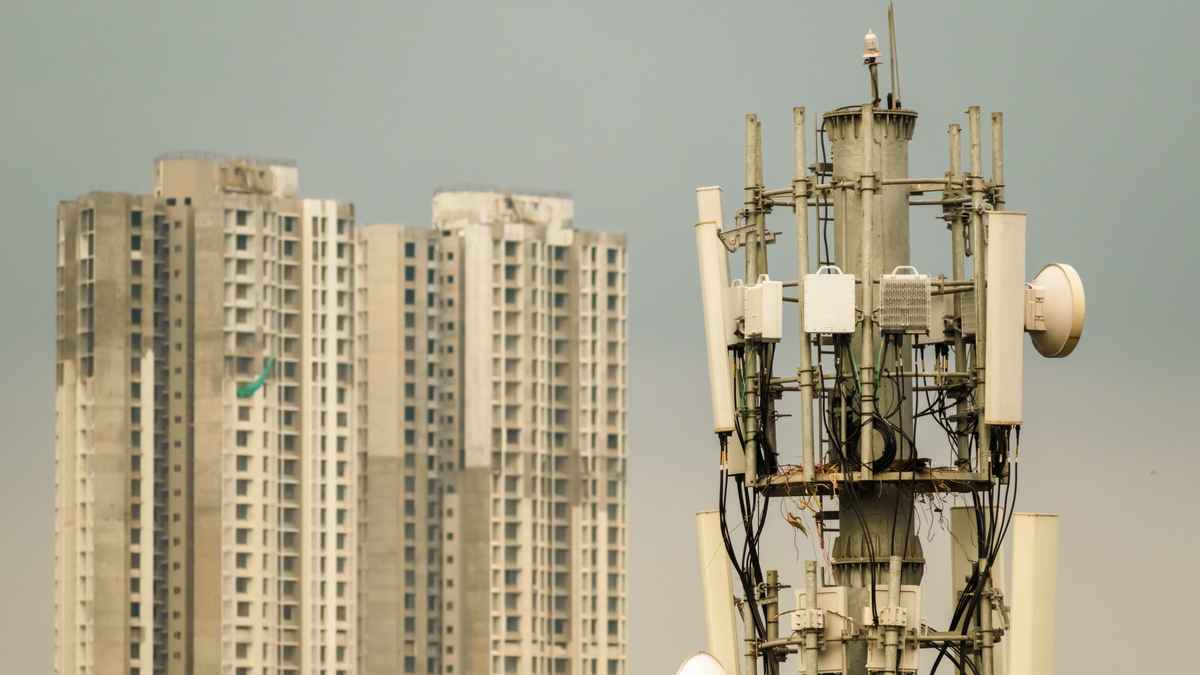 India’s telecom sector witnessed a striking fluctuation in its telcos’ subscribers, with Reliance Jio gaining 6.5 million and Airtel adding 1.9 million to its userbase during July, whereas Vodafone Idea’s consumer base went down by over 1.4 million, according to a data report by the Telecom Regulatory Authority of India (TRAI).

With the emergence of a new subscribers’ haul, India’s telecom operators witnessed a shift in power in its userbase in July. The country’s leading telco, Reliance Jio, took the market’s lead as its userbase reached a whopping 443.2 million, Bharti Airtel rose to 354 million, and Vodafone Idea’s disastrous last quarter resulted in a catastrophic slip to 271.9 million.

In a mount to raise its wireless subscribers, the TRAI data report revealed that Reliance Jio market share grew by 37.34 percent reaching a 1.49 percent monthly growth rate bestowing the telco with the highest rank, followed by Bharti Airtel at a 29.83 percent rise embracing a 0.55 percent monthly growth by the end of July, according to report.

While some of India’s telecom operators experienced an amplification in its userbase, the same thing cannot be said about Vodafone Idea, as it endured one of its most challenging quarters so far. The operator’s market share fell to 22.91 percent leading to a 0.52 percent decline in monthly growth, followed by state-owned telcos BNSL with a 9.64 percent reduction with a 0.88 percent descent in monthly market rate and MTNL at 0.28 percent with a 0.18 percent decline in the monthly rate.

As for Vodafone Idea, the carrier’s CEO Ravinder Takkar revealed to the Press Trust of India (PTI) that currently, the company is trying to maintain its focus on improving its strategy, providing the needed support system to their user base, enhance competitiveness, and brand, and aim for higher investment rate.

It is worth mentioning that Vodafone Idea endured an arduous quarter as the telco’s stock dropped over 5 percent in its trading hours on the Bombay Stock Exchange. The government’s Cabinet finally approved a desperately needed relief package set to support the country’s agonized telecom sector.

One to charge them all: EU demands single plug for phones 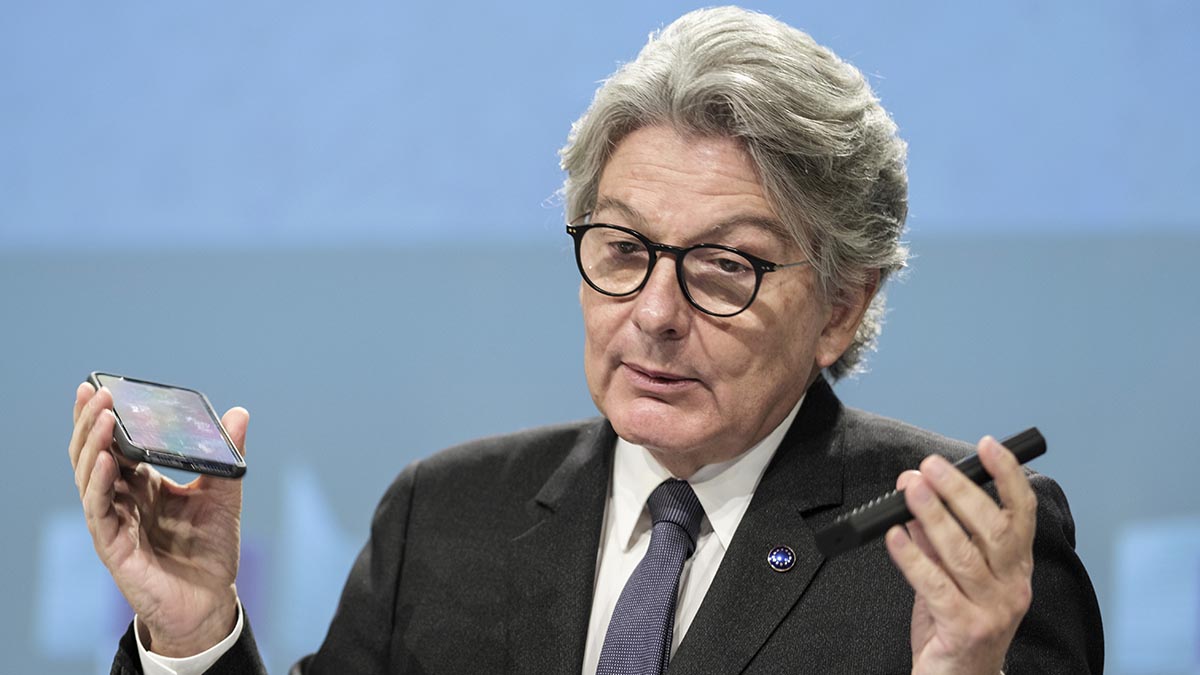 The European Union announced plans Thursday to require the smartphone industry to adopt a uniform charging cord for mobile devices, a push that could eliminate the all-too-familiar experience of rummaging through a drawer full of tangled cables to find the right one.

The European Commission, the bloc’s executive arm, proposed legislation that would mandate USB-C cables for charging, technology that many device makers have already adopted. The main holdout is Apple, which said it was concerned the new rules would limit innovation, and that would end up hurting consumers. iPhones come with the company’s own Lightning charging port, though the newest models come with cables that can be plugged into a USB-C socket.

The push by the EU will certainly be cheered by the millions of people who have searched through a jumble of snarled cables for the one that fits their phone. But the EU also wants to cut down on the 11,000 metric tons of electronic waste thrown out every year by Europeans.

The commission said the typical EU resident owns at least three chargers, and use two regularly, but 38% of people report not being able to charge their phones at least once because they couldn’t find a compatible charger. Some 420 million mobile phones or portable electronic devices were sold in the EU last year.

The draft rules also call for standardizing fast charging technology and giving consumers the right to choose whether to buy new devices with or without a charger, which the EU estimates will save consumers 250 million euros ($293 million) a year.

After attempting for more than a decade to cajole the industry into adopting a common standard – efforts that whittled dozens of different charging plugs down to a handful – the EU’s executive Commission is pushing the issue.

“Chargers power all our most essential electronic devices. With more and more devices, more and more chargers are sold that are not interchangeable or not necessary. We are putting an end to that,” Thierry Breton, the EU’s internal market commissioner, said. “With our proposal, European consumers will be able to use a single charger for all their portable electronics – an important step to increase convenience and reduce waste.”

Companies will get two years to adapt to the new rules once they take effect. The rules would apply only to electronics sold in the European single market’s 30 countries, but, like the EU’s strict privacy regulations, they could end up becoming a de facto standard for the rest of the world.

Apple said it shared the European Commission’s commitment to protecting the environment but questioned whether the proposals would help consumers.

“We remain concerned that strict regulation mandating just one type of connector stifles innovation rather than encouraging it, which in turn will harm consumers in Europe and around the world,” the company said in a statement.

Breton denied that the new rules would slow innovation.

“If Apple wants to continue to have their own plug, they will have the ability to do it. It’s not against innovation, it’s just to make the lives of our fellow citizens a little bit more easy,” Breton said at a press briefing in Brussels, adding that device makers could still put two different ports on their phones if they want. He added that the proposals would allow for updates to keep pace with advances in technology.

Under the proposed law, which must still be scrutinized and approved by the European Parliament, phones, tablets, digital cameras, handheld video game consoles, headsets and headphones sold in the European Union would all have to come with USB-C charging ports. Earbuds, smartwatches and fitness trackers aren’t included.

CEO of Epic speaks up on NFTs